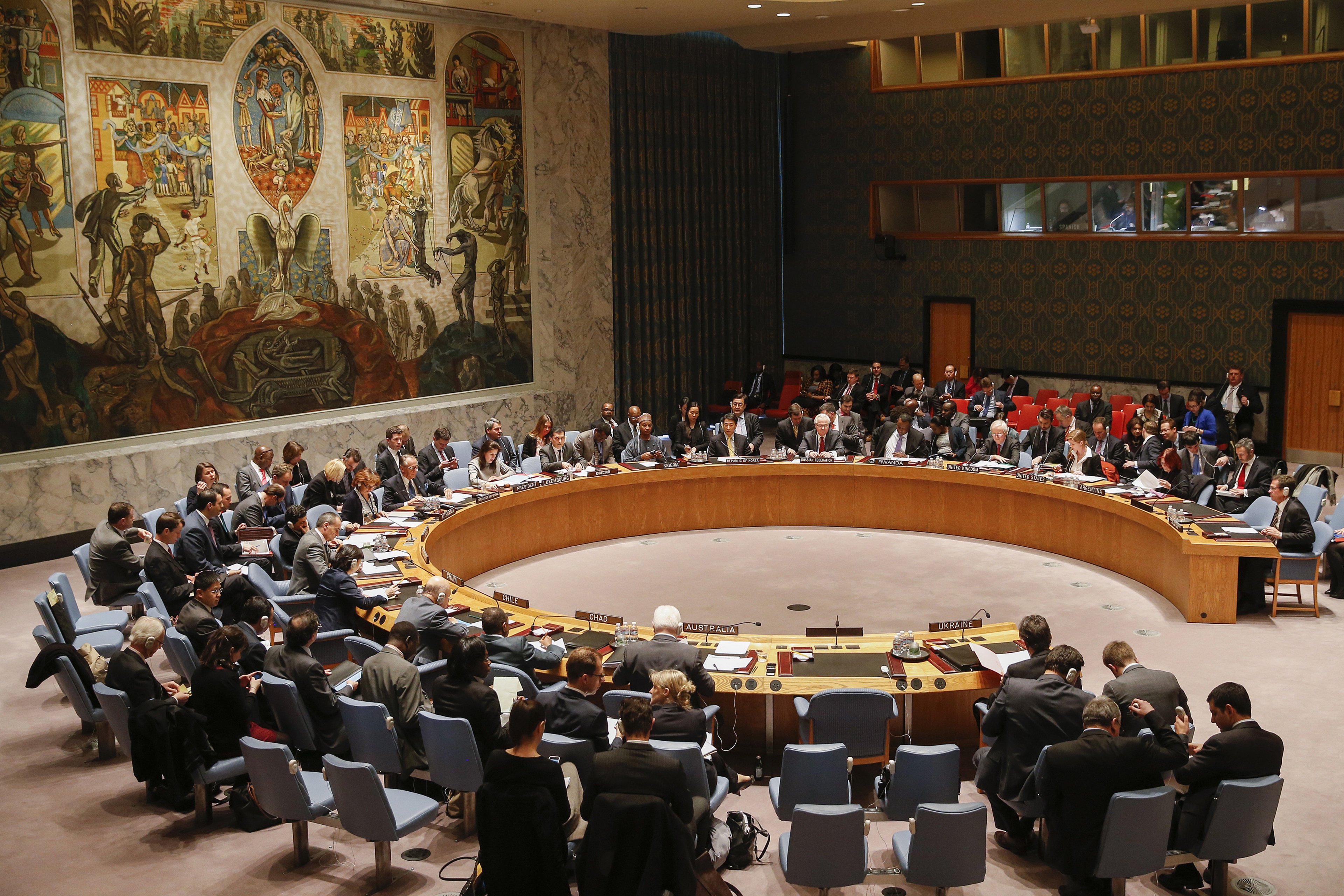 The United Nations is the closest thing there is to a world government, representing 193 of the world’s 195 countries (excluding the Holy See, the universal government of the Catholic Church, and Palestine) [1]. The stated goals of the United Nations are to promote global peace, develop diplomatic relationships between countries, and act as an institution where countries can coordinate common goals– namely the protection of human rights [2]. If the U.N. plays such an important role in global politics, why does it predominantly further the interests of the five winners of a war that ended almost eighty years ago?

The Composition of the Security Council

For critics, the UNSC’s composition is a cause of concern. They argue that the council is not nearly representative enough to govern on a global scale, especially given the authority and power the P5 states possess. For resolutions to pass in the UNSC, they need the support of at least nine members and no opposition from any of the P5 countries. While one of those five countries can abstain from voting and still let a resolution pass, if any of them vote against it, it automatically fails [3]. As a consequence, the P5 states have “veto power”-- a capacity widely criticized by any country excluded from the elite five.

The Case for Reform

Many political activists argue that the UN should be reformed in order to give historically underrepresented countries a bigger voice on the global stage [6]. Since its formation in 1945, the UN (as a governing body) has scarcely adjusted to the world’s changing political realities. Consequently, major decisions made by the UN are largely grounded in the geopolitical landscape of an immediate post-WWII world [7]. This is not to say that current P5 members (the United States, the United Kingdom, Russia, China, and France) do not remain influential in world politics– they certainly do. However, the current makeup of the UNSC does not take into account the rising political power of certain states, such as Germany, Japan, and India [8]. Furthermore, the UNSC is not representative of every global region equally: neither Africa nor Latin America have a permanent member in the UNSC, and Western countries are overrepresented with respect to their collective populations.

Reforming the P5 and the Security Council

As of now, the most pressing efforts to reform the UNSC are centered around the P5. The P5 needs to be expanded to be more representative of the world’s modern political landscape, and of all regions. An influential proposal for expansion comes from a group called the G4: A multinational coalition consisting of Brazil, Japan, India, and Germany– all of whom mutually support each other in their attempts to join the P5 [8]. For the most part, the current P5 members support certain bids conditionally. For example, the United States supports Brazil’s bid to join the P5, so long as they are denied veto power. China supports India’s bid as long as they cease relations with Japan. The addition of these four countries would make the Security Council more representative of countries growing in power and influence. However even with these changes, the Council would still overrepresent Western Europe and Asia– thereby cementing the lack of Eastern European, Latin American, or African influence over security policy on the global stage.

Due to its large population and regional influence, adding Brazil as a permanent member makes sense. The addition of India, meanwhile, would add Southern Asian representation to complement China’s representation of East Asia. Additionally, an African state should be added for representation of a completely overlooked continent.  Ideally a politically prominent nation like Egypt, South Africa, or Nigeria would suffice.

Irrespective of the Security Council’s expansion, the P5’s veto powers should also be fundamentally reworked. However, because such a fundamental change would have to go through the P5 itself, it is unlikely that all five of the permanent members would sign off on it. Therefore, to allow them to maintain their power but also make it harder for them to exert such a powerful diplomatic presence, veto power should change to require at least two P5 members to vote against a resolution. In a majority of cases, the resolutions that fail are only vetoed by one P5 member; therefore, if at least two of the five were in agreement, the negation would be slightly more democratic [9].

A third possible change that could help increase representation in the composition of the UNSC is to add new non-permanent seats.  Doing this would add to the number of seats each respective region would have at any one time. Additionally, the UNSC should elect their non-permanent members through a system that allows for historically underrepresented countries to have a seat on the council. According to the United Nations website, more than 50 member states have never been elected to the UNSC. This lack of representation is concerning and prompts important questions: are underrepresented nations not elected to the UNSC because they aren't geopolitically influential? Or rather is it because they’re not elected to the UNSC that they’re not politically prominent [4]?

Finally, countries with robust and influential economies could assume a hybrid-role on the Security Council. Such countries could be permanent members with no veto power, so that they can consistently influence global security policy, yet also aren’t empowered to completely thwart resolutions. These countries could include Germany and Japan, as well as an African country, a South American country such as Argentina or Chile, and a Middle Eastern country such as Saudi Arabia or United Arab Emirates.

Since the UNSC is the body of the United Nations that controls the composition of the UNSC, it is difficult to reform it to be less power-heavy in the hands of the P5. Reforming the UNSC would need an amendment to the Charter of the United Nations, approved by two-third of the General Assembly. Approval from the General Assembly is followed by ratifying the amendment with another two-thirds majority vote; however, this vote requires all of the P5 to ratify the change [10]. While this is a major opposing force, the five members are not completely against any change to the makeup of the council. However, as stated before, much of their support is conditional, especially in terms of adding any members of the G4. Their relative opposition is also shared by a group led by Italy, called Uniting for Consensus. These countries believe that the addition of more members to the P5 will only benefit those countries and not add more representation. They do advocate for the expansion of the non-permanent seats and regulation of veto powers [11]. Additionally, the African Union has formed the Ezulwini Consensus, which calls for five new temporary members and two permanent members to be allocated to African states, hopefully ushering in a new era of representation in a historically overlooked region [12].

While most of the resolutions discussed by the UNSC seem unrelated to the majority of the world’s population, they actually have major implications in countries where peace-keeping and peace-enforcing troops are sent. Without reform, the council has less legitimacy and authority on the world stage than perceived, and the lack of broad representation highlights a concerning trend of global politics being dominated by a few powerful nations. Additionally, we should call upon the UN representatives and Secretariat for more transparency in their decisions and meetings, particularly in the UNSC. While they have been improving in recent years, it is imperative that the general public understand the resolutions and discussions that these representatives have. Rather than attempting to uphold the political climate of the 1940s, the UNSC needs to adapt to the changing politics and world leadership that we’ve experienced over the past seventy years.