The UN Fails to ‘Strike Hard’ Against Modern Slavery 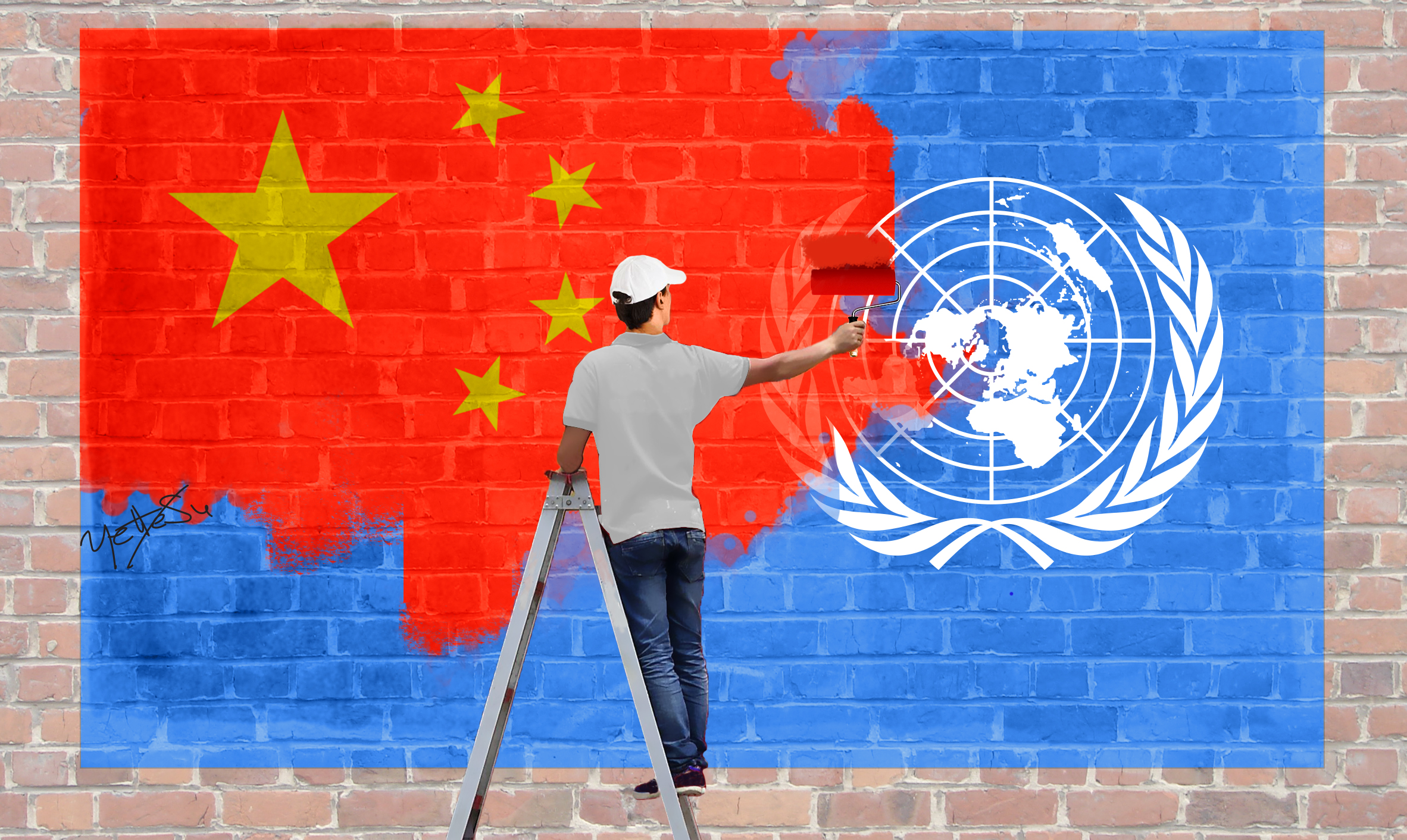 In August 2022, just minutes before outgoing commissioner Michelle Bachelet’s term ended, the UN Human Rights Council released a long-awaited and vehemently opposed report on human rights abuses in China [1]. The report, which included interviews with dozens of Muslims in the region and public documents, suggested that the Chinese Communist Party is responsible for severe human rights violations against ethnic minorities [2]. Crimes in Xinjiang specifically target Uyghurs, a Muslim minority originating from Turkic tribes native to the region [3]. These accusations are not new; in 2018, the United States declared that up to 2 million minorities in Xinjiang were detained in re-education camps [4].
Allegations made by interviewees are harrowing. The report contained information from 40 different members of the Muslim community in Xinjiang, 26 of whom lived in the internment camps. Victims claimed they endured ethnic cleansing at facilities; they were forced to sing patriotic songs and forbidden to practice their religion or speak their language. Accounts of forced sterilization, injections, and other forms of malpractice were documented2. Further, the interviews reveal torture, rape, sexual humiliation and assault, consistent beatings and waterboarding, extensive solitary confinement, food and sleep deprivation, and forced labor during detainment [2]. The United States referred to the atrocities as “genocide and crimes against humanity,” when urging the international community to take action [5].

Under General Secretary Xi Jinping and the Chinese Communist Party, discrimination against ethnic minorities has been seen as a means to unify the country and promote Han nationalism [6]. Tensions between Uighurs and Hans erupted into violence in 2009, leaving 200 dead in the capital of Xinjiang [6]. Consequently, the detention centers are justified by claims that they are merely a vehicle for counterterrorism efforts – vital for the prevention of Islamic extremism. The Chinese Communist Party objects to all accusations of human rights violations.
China continues to publicly denounce any criticism or speculation surrounding Beijing’s ‘Strike Hard Campaign Against Violent Terrorism’ [7]. After recognition from the UN that human rights abuses are occurring, despite Beijing’s vociferous denials, activists expected support from the international community. Conversely, in October the UN voted against motions to open a debate on the subject –  the motion was defeated 19 to 17, with 11 abstentions 8. This was only the second time in the history of the Human Rights Council that a motion to open debate was rejected. Members of the council point out clear bias from the opposition who rely on economic ties with China.

Sixty Uyghur groups, involved in the World Uyghur Congress, released a statement following the UN report [9]. They urged the Human Rights Council to open an independent commission of inquiry, gaining endorsement from 45 independent UN experts. When the motion for debate was denied, these groups noted that Beijing had been actively working to suppress any discussion of investigation. The president of the World Uyghur Congress, Dolkun Isa, called the decision “a disaster,” having had his mother die in one of the camps, and both his brothers go missing [10].

The failure of the UN to even open debate on the subject is fundamentally incongruent with their purpose and credibility. China’s involvement in the Human Rights Council poses an obstacle to genuine human rights advocates, discrediting the institution with economic and political leverage. The implications of Beijing’s debate blocking set a precedent in which state sovereignty is privileged over the well-being of citizens.

Mitigating this crisis requires swift action by Western leaders. Having rejoined the UN Human Rights Council (UNHRC) under President Biden, the U.S. has the opportunity to uphold moral authority [11]. With the prominence of the People’s Republic of China (PRC) in the world economy, condemnation by the U.S. can be dismissed as an attempt to undermine its power. UN ambassador, Zhang Jun, said the U.S. was “using human rights as a pretext for political maneuvering to provoke confrontation” [12]. Amplifying the voices of less prominent nations that have consistently criticized Xinjiang would therefore substantiate claims from the U.S. by removing apparent biases.

Though the UNHRC lacks authority, Western nations have sought punishment for the alleged crimes against humanity. In March, U.S. Secretary of State Anthony Blinken announced visa restrictions on Chinese officials complicit in discriminatory policies [13]. The European Union has additionally imposed sanctions on the PRC guided by the same concerns [14]. Perhaps most notably, a bipartisan effort allowed a unanimous passing of “The Uyghur Forced Labor Prevention Act” [15]. This reinforced Section 307 of the Tariff Act which prohibits the import of products manufactured with forced labor. Despite human rights advocacy in Washington, loopholes in Section 307 endure; the economy relies on a supply chain reinforced by slave labor. Forced labor in Xinjiang produces 20% of the world’s cotton, most of which is consumed in China and exported as textiles and apparel [16]. The 2021 International Labor Organization’s Global Estimate revealed that 50 million people are currently in some form of modern slavery, and this number is steadily increasing.

Incentivizing supply chain diversification is a vital step in reducing global reliance on forced labor. It is difficult for Western nations to specifically curb China’s human rights violations, given their increasing military and economic faculty. Because multilateral sanctions are much more influential than unilateral sanctions, the U.S. needs to impose multilateral sanctions on top of the unilateral sanctions previously established [17]. Furthermore, improving supply chain traceability would prevent the implicit support of forced labor and internment camps in Xinjiang. The United States, European Union, and other members of the UN who back Uyghurs collectively possess the necessary tools to levy China and incite change. Diplomatic engagement with China should additionally include measures to raise the issue of human rights. Gaining the support of Muslim-majority countries that denied the UN motion would be attainable if the U.S. can undermine the authority of China in the global market. Making these connections is an essential factor in swaying the UN Human Rights Council to promote genuine support of personal liberties.

Varying mechanisms must be deployed by cooperating governments. This includes import limitations and due diligence requirements to prohibit American companies from profiting from forced labor. Multilateral sanctions in addition to the current unilateral sanctions would provide a more extreme punishment for human rights abuses, and discourage that behavior. Implementing supply chain diversification incentives would not only make the U.S. economy more resilient, but would additionally prevent forced labor within the supply chain. It is crucial that the international community prevents a precedent in which military and economic might supersedes fundamental human rights. Ethnic minorities who have lost their lives, their physical autonomy, and their families deserve action.