The Price of Being a Moderate, as Told by the Downsized Infrastructure Bill 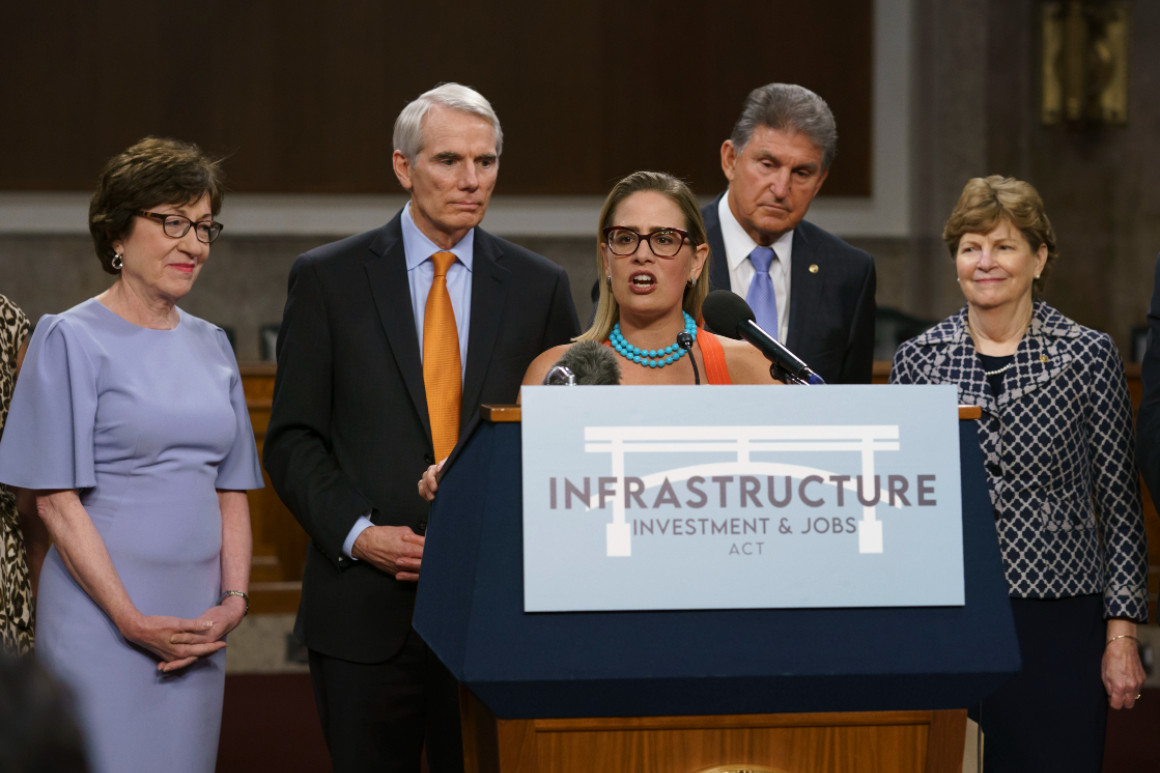 It is no secret that the United States has strayed far from the united republic that its forefathers envisioned. As the pandemic took over our lives, political polarization and party division became even more conspicuous in everyday life. In the year 2020, something as mundane as a trip to the grocery store became a revelation of who in your town was a Conservative (no mask) or Liberal (mask). While such conclusions are never based on more than a guess, research confirms general assumptions such as these to be right.[1] Snap judgments aside, the truth is that Americans face the reality of division every day. But what does it matter? How do these divisions influence us on a national scale? Recent developments show that political polarization leaves little to no space for moderate politicians, creating an environment where moderation within parties is an unproductive political philosophy.

Historically, divided governments have been better at passing higher quantities of less-significant legislation while unified governments tend to pass more significant “landmark” legislation.[2] Currently, the US government is united under Democratic leadership, meaning there is a Democrat majority in the House and Senate in addition to a Democrat president. In a sense, this was the green light for President Biden to enact bold legislation that would institutionalize changes that Democrats have been unable to pass in Washington since 2016. Accordingly, Biden’s aggressive infrastructure plan attempted to do just this. Initially his catch-all Build Back Better social safety net package came with a $3.5 trillion price tag and legislated nearly everything from climate change to free community college. However, to appease dissenters within the party, Democrats had to hack that number in half—at the cost of significant legislation. Since negotiations began, Democrats entirely cut four major components of the plan, including twelve weeks of paid family leave, two years of universal and paid community college, Medicare dental and vision coverage, and lower prescription drug prices.[3] Additional components have been shrunk down, such as a reduction of almost $50 billion to tackle climate change. For Democrats, the most frustrating part about these concessions is that their own party members made them. Since the plan is unanimously opposed by Republicans,[4] Democrats are using reconciliation to get the bill passed with solely Democratic support. This process can only apply to tax, debt limit, and spending bills and allows them to circumvent regular congressional hurdles. This means that the package cannot be filibustered and, most importantly, can be passed with a simple majority in the Senate (as opposed to a 60 vote majority).[5] Because of this, the $1.75 billion rollback of policies can be credited to two Democrat senators who have routinely pushed back on progressive demands: Joe Manchin of West Virginia and Kyrsten Sinema of Arizona.

Manchin and Sinema come from a dying breed of self-proclaimed moderates. Manchin hails from a state which Donald Trump won by 39 percentage points and whose economy is critically reliant on the coal industry. Sinema was the first Democratic senator to be elected from Arizona in 30 years, a state where registered Independents outnumber Democrats.[6] These are senators who certainly feel responsible for their constituents’ interests and feel it is important to refrain from wholly embracing the institutional party agenda. Perhaps they even consider themselves the John McCains of their generation, unbothered by party hegemony and unbound by ideology (John McCain did, after all, come from Arizona). Unfortunately for Manchin and Sinema, their opposition to the reconciliation plan made them antagonists to the Democratic party. "You've got a situation where, by and large... all but two of the congressional Democrats now agree on how to proceed,” says former Senate Majority Leader Tom Daschle, D- S.Dak. "Two of them are using their veto power effectively to accomplish their agenda and to drive the entire agenda. I mean entire."[7] Many find Manchin and Sinema’s resolute defiance as an abuse of power within the unique situation they find themselves in. Film shows Sinema confronted in public and even followed into a bathroom by angry constituents. Five of her advisors resigned, citing her unwillingness to compromise over the plan.[8] Finally, and most notably, progressives threatened to run a candidate against her in the 2024 Arizona primary and “primary” her out of office. Manchin, on the other hand, has been pressured to switch parties.[9] The risk of being “primaried” and being urged to switch parties reflects the hard-line approach Democrats are taking towards resistors within their camp. These actions send the message: if you’re not a team player, we don’t want you.

In the past ten congresses, both the Senate and the House have become more partisan.[10] Republicans consistently lean farther and more right, while Democrats lean more and more left. Republican members of the House almost exponentially increased their votes strictly along party lines since the mid-20th century.[11] According to Ro Khanna, a California Democrat from the House, “The party is more unified under a Biden presidency than it was ideologically under the Clinton or Obama presidencies.”[12] A look at the ambitious goals of Democratic senators within the 117th US Congress shows just this. Democratic senators no longer resemble those of the Clinton era, who proposed tepid tax plans and showed mixed support of various social issues. Now that a growing chunk of the electorate consists of Generation Z, the most progressive, pro-government generation of Americans to exist, Democratic lawmakers have an incentive to enthusiastically and visibly show their support for progressive reform (think Bernie Sanders and AOC).[13] Combine that with the increasingly popular notion that politics is a zero-sum game, and now rallying behind a plan such as Biden’s is no longer as risky as it once could be. There are indications that the electorate could be changing too. Interestingly, new research shows that voters in the 2016 presidential election tended to change their views to match those of the candidate they preferred, rather than choose a candidate who matched their views to begin with.[14] This finding could indicate a broader trend of consolidation of the electorate, which then has a self-reinforcing effect on who is voted into congress in subsequent elections.

What does this mean for moderates? It could mean that they are becoming few and far between, or at least that they are becoming quieter. It could also mean that they will struggle to carve out spaces for themselves within their parties and face huge backlash for causing political gridlock. It is important to mention that the players in this article, Manchin and Sinema, aren’t perfect examples of moderates and therefore don’t provide the best model of what the future holds for moderates. Sinema, for example, tends to be idiosyncratic in the policies she votes for and has not historically opposed progressive reforms.[15] Manchin, on the other hand, has been referred to as a reactionary and a contrarian instead of a moderate.[16] However, their cases show that rejection of the party paradigm can have huge consequences. As margins between parties within the legislative branch become ever more narrow, party outliers hold more bargaining chips.[17] It also means that politics is becoming more and more all-or-nothing. With less space for partisan agreement, fewer Americans are going to feel like they have “won” in Washington. The most dangerous consequence of this would be the alienation of large swaths of the country who will have felt as if democracy has failed them. In large part, this may already be true.

3. Dareh Gregorian, “Biden's Build Back Better Bill: What Made It in and What Was Stripped Out,” NBCNews.com (NBCUniversal News Group, October 29, 2021), https://www.nbcnews.com/politics/joe-biden/biden-s-build-back-better-bill-what-made-it-what-n1282643.

17. Sach, Maddie. “Why the Democrats Have Shifted Left over the Last 30 Years.” FiveThirtyEight. FiveThirtyEight, December 16, 2019. https://fivethirtyeight.com/features/why-the-democrats-have-shifted-left-over-the-last-30-years/.