Religious Freedom is Where the Roberts Court Will Make its Impact 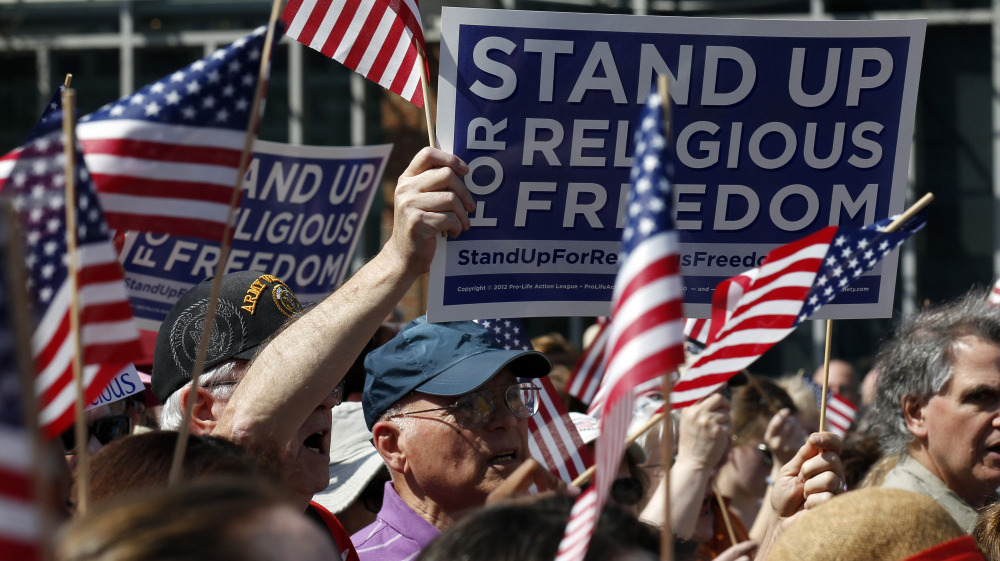 Throughout his presidency, Donald Trump fashioned a substantial conservative Supreme Court majority and a potential line of defense in the form of justices. Trump himself appointed three justices, Niel Gorsuch, Brett Kavanaugh, and Amy Coney Barrett, but also arguably had ideological support from three other justices, Thomas Clarence, Samuel Alito, and Chief Justice John Roberts-- all of whom were appointed by former Republican presidents (1).

Going into  2020 , some political commentators feared Trump’s shaping of the federal judiciary  could’ve helped to allow him to remain in office if a close election were to be decided in the supreme court. Trump alluded to this extensively, stating that if an election case made its way to the court he’d prevail (2). With the election in the midst of a global pandemic, many raised concerns of the ability to execute an election without fraud. Trump took this possible worry by the horns with the help of his coalition of 19 Republican state attorney generals, most importantly Texas’ Attorney General Ken Paxton, and 126 Republican congresspeople (2). Paxton, heavily supported by Trump, filed a bid to nix the ballots of millions of voters in Michigan, Pennsylvania, Wisconsin, and Georgia, all key states this election (3).

Concerns circulated regarding whether the justices, specifically the right-leaning justices, were more constricted politically than justices historically are expected to be. Would  this case be the one to break down the walls of impartiality that had supported the high court for the past 230 years?

The justices sharply rejected those concerns on Friday, December 11 when not a single justice signed the order, and there were no public dissents (3). The court declared that Texas had no right to bring a suit because they had not demonstrated a "judicially cognizable interest in the manner in which another State conducts its elections." (3). The court’s order simultaneously blocked the current suit, and any future suits brought by other states.

However despite this contention and speculation, the justices struck down actions to nix millions of ballots from various swing states, including Michigan, Pennsylvania, Wisconsin, and Georgia, proving skeptics wrong by observing precedent and preserving the courts impartiality. However while the Roberts Court may not be remembered for changing election results, they will be remembered as champions of  religious freedom

The Roberts Court had shown signs of heavy religious favoritism even prior to the appointment of two devout Catholic  Justices: Brett Kavanaugh, and Amy Coney Barrett. Masterpiece Cakeshop v. Colorado Civil Rights Commission was a case brought to the Supreme Court at the end of 2017 regarding whether a baker could deny making a wedding cake for a gay couple based on his religious opposition to the act of same-sex marriage (4). The court ruled that since the Colorado Civil Rights Commission had displayed “anti-religious animus”, and therefore they were hostile to the baker the Colorado Civil Rights Commission had  “act[ed] from an improper motive” and the baker’s rights were violated (4). The court did not decide on whether the free exercise of religion trumps anti-discrimination laws or vice versa. Instead, the seven justices in the majority focused on the bias present. This demonstrates the court’s sensitivity towards arguments of religious freedom.

Now, Amy Coney Barrett has joined the court just in time to have a major influence on religion cases during the pandemic.

Multiple religion based cases have made their way to the court since the start of the Covid-19 pandemic. The first two decisions of these cases favored the government restrictions over the religious organizations (5). This is largely due to Chief Justice Roberts siding with the four liberals (including the late justice Ruth Bater Ginsberg) to create two 5-4 decisions. Since the passing of Justice Ginsberg, the next two cases produced 5-4 decisions, but with the opposite outcome.

In one case, Governor Andrew Cuomo put a restriction in place that limited the number of people that could attend religious services. The court sided with the Roman Catholic Diocese of Brooklyn and Agudath Israel of America. The court declared that the regulations are "far more restrictive than any Covid-related regulations that have previously come before the court… and far more severe than has been shown to be required to prevent the spread of the virus"(6). Amy Coney Barrett was the deciding vote for this case. A similar case occurred against California’s Covid-19 regulations that did not allow for indoor gathers and restricted outdoor gathers for religious practice. Once again the court sided with  religious organizations, and once again Barrett was the deciding vote. One of the most important aspects of the court’s decisions was their claim that “government regulations are not neutral and generally applicable, and therefore trigger strict scrutiny under the Free Exercise Clause” (7).

In the two cases above, “The Supreme Court divided along ideological and partisan lines that almost exactly mirrored those of the lower courts—with the three Trump appointees voting for the church, the three Democratic appointees voting for the state, and the non-Trump Republican appointees splitting.” (5).  Although the court did not demonstrate partisanism when weighing in on the election, when it comes to religion, the court’s conservative leanings seem much more clear.

The Roberts Court was already arguably one of the most pro-religion courts ever, and with Barrett, the path to history is full speed ahead.