Opinion: The Removal of Russian Institutions From SWIFT Does More Harm Than Good 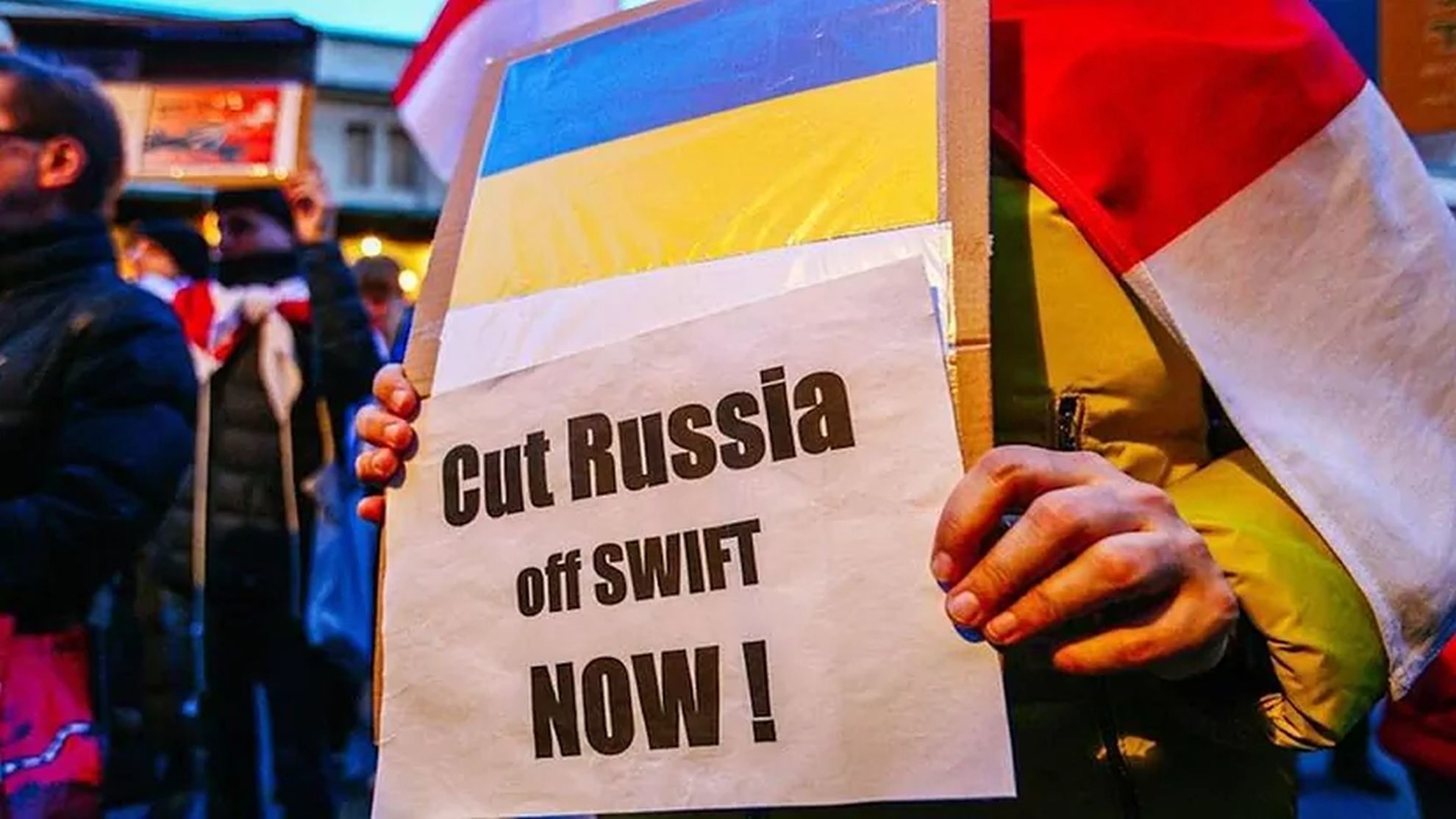 Article was written as the war unfolds in Eastern Europe, thus the scope is limited as the situation is constantly evolving

LOS ANGELES - On Wednesday, February 23rd, Russian President Vladimir Putin launched a “special military operation” in Ukraine’s eastern Donbas region, essentially waging war on Ukraine in what he calls an act to “protect people who are subject to abuse and genocide… and will strive to demilitarize [Ukraine this time]” [6]. In reaction to Russia’s invasion, the White House, along with France, Britain, Canada, and Germany, announced on Saturday the removal of select Russian banks and institutions from the SWIFT payment system, a “high-security network that connects thousands of financial institutions around the world” [1].

What is the SWIFT payment system?

SWIFT is short for “Society for Worldwide Interbank Financial Telecommunications” and is essentially a global member-owned cooperative and the world’s leading provider of secure financial messaging services. SWIFT acts as a bridge between banks and simplifies the exchange of information for financial transactions. Today, SWIFT covers more than two hundred countries and eleven thousand banks [4]. Countries and banks sanctioned by SWIFT are essentially removed from the global trade because all cross-continental or national trades and credits must go through the SWIFT payment system. A prime example is the removal of Iran from SWIFT in 2012 when Iran is alleged to own a nuclear testing program. According to a veteran oil partner in Europe, nobody could pay the Iranians in exchange for oil which resulted in tremendous economic losses for Iran. Iran is estimated to have lost more than half in oil exports and 30% in foreign trade [3]. Removing Russian institutions and banks from SWIFT thus seems to be an easy decision, as it is the most effective way to cut Russia’s money supply in the regional context of the Ukrainian conflict.

Removal of Russian Banks from SWIFT: Effects and Consequences

The removal of Russia from SWIFT will do more harm than good. Past economic sanctions have proven that President Putin is unlikely to back down just because Russian banks are removed from SWIFT, and by extension global trade. Putin uses anti-west sentiments manufactured by Russian state media to his political benefit, and by removing Russia from SWIFT, it only fuels more this anti-west narrative. In addition, common people in Russia are hit the hardest financially by this move.  Wheat farmers, miners, etc. all face harmful economic losses as the result of this decision. Russian oligarchs may temporarily lose profits, but it is the vast working class that is being laid off, cut off from legal protection, and left to starve on the poverty line. Instead of cutting Russia completely from global trade, specific sanctions that target Russian technology would suffice. Another short-term impact from cutting Russia off from SWIFT would be an energy crisis in Europe. Russia is an energy powerhouse, ranking third worldwide in oil exports and second in natural gas exports. Moreover, Europe relies on Russia for one-third of its natural gas annually [5]. A termination of oil supply to Europe without warning would be extremely harmful to the European economy. Therefore, although removing Russia from SWIFT can trigger currency volatility in Russia and increase capital outflow, it will also harm those in the European market as well.

This leads to two consequences: for Europe, they will have to turn to their short-handed oil reserve or even develop new drilling sites and techniques which can potentially have serious environmental consequences; for Russia, the removal from SWIFT prompts Putin to look for a replacement, like China’s Cross Border Inter-Bank Payment System (CIPS) which can provide Russia with an alternate clearing system. According to Brian Wong, a Rhodes Scholar (2020) from Hong Kong, parallel systems (SWIFT & CIPS) are easy to conceptualize in theory yet hard to implement. They add that “CIPS doesn’t have the capability to displace SWIFT” in the status quo because of concerns regarding China’s “legal stability, transparency, reliability, [and] the volume of transactions,” and most importantly “the digitalization of RMB and the prospects of that happening.” Although the possibility of CIPS rolling out in the near future is low, one thing is for certain: Russia and China will value their strategic partnerships more than ever. In fact, the two countries just signed a multi-billion dollar bill on wheat and energy exports right before the special operation in Dombas started (Soldatkin, Chen, 2022). China is now Russia’s best hope to offset the price of sanctions and the war on Ukraine. By de-swifting Russia, the Collective West is forcing Russia to stop relying on European institutions and forcing Putin to be in an alliance with China.

A Trilemma for China

Amid Russia’s invasion of Ukraine, China’s foreign policy will be put to test in terms of “evolution, tactical positioning, and strategic choices”. As Even Feigenbaum, the VP of Carnegie Endowment, argues, Beijing is facing a trilemma: a strategic partnership with Russia, commitment to long-standing principles of “territorial integrity and noninterference”, as well as a desire to minimize Collective West sanctions. China likes all the above but might have to “jettison one over another” [2]. While Feigenbaum argues that Beijing “cannot [necessarily] reconcile three competing objectives”, Brian Wong argues that because China believes Taiwan is its own province, as long as the Chinese foreign ministry keeps the consistency and doesn’t recognize the independence of Donetsk and Luhansk, it can potentially achieve all three goals. So far, no Chinese spokesperson has condemned the war, but rather China has urged both sides to enter into negotiations to come to an agreement.

Russia’s invasion of Ukraine wasn’t a decision that built up overnight and it is much more complex than it looks. President Biden and its global allies eventually decided to pull the trigger and “de-swift” Russia which puts pressure on massive brinkmanship against the Russians. Disconnecting Russians from global trade and assets freeze like the English government’s sanction on Chelsea owner Roman Abramovich has real coercive power.   These moves have far reaching impacts that will be felt in both the short and long term, such as gas prices increasing at unreasonable rates.