Opinion: For Democrat’s Climate Proposals to Succeed, Partisan Aspirations Must Be Ditched 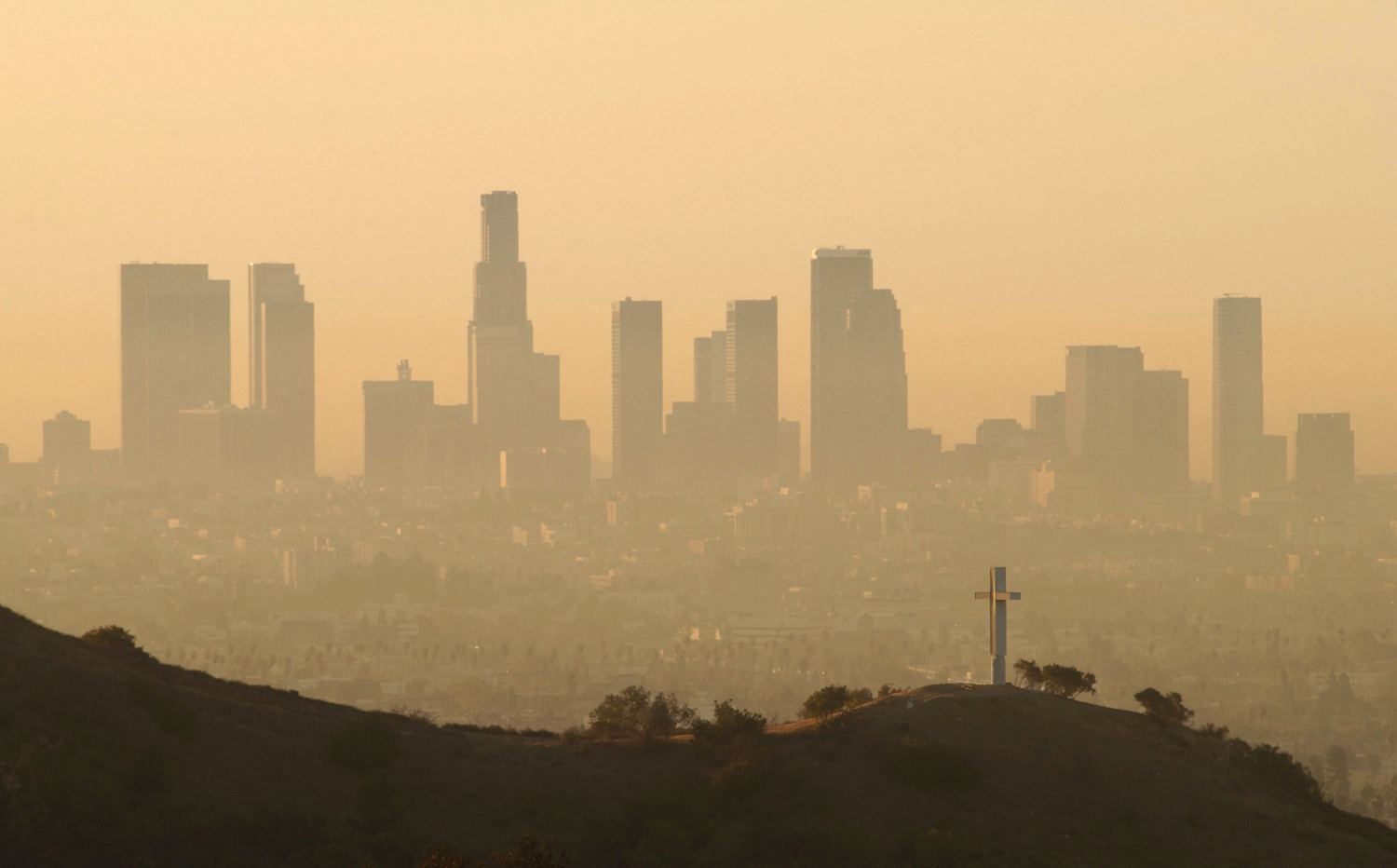 For too long, the ultimate consequences of climate change have been softened. Its ramifications have been dictated in digestible terminology and scenarios: sad polar bears, coral reef bleaching, and extra tropical storms. Even some climate activists today pontificate its implications in relatively palatable ways, usually something akin to "cities will flood, droughts and fires will be more prevalent, think of your grandchildren".

It's easy to see why the misery humanity is on schedule to endure isn't frequently advertised -- it's much more sobering and uninspiring than platitudes about polar bears. If CO2 emissions go unchecked, coastal metropolises like Bangladesh and Miami will be gone within the next century. Large swaths of Earth's equatorial and temperate regions will experience temperatures hot enough to virtually cook humans. Settlements that have existed for millennia will be abandoned due to unprecedented weather events. CO2 concentrations will get so high that human cognitive abilities will decline by roughly 20%. Ocean acidification and erratic temperature changes will cause sustenance to plummet on a planetary scale[1].

Despite this predicted doom, many climate scientists are curiously optimistic about humanity's future. Not necessarily in our ability to curb CO2 emissions in the short term, but rather in humanity's resiliency in dire straits. They point to circumstances in which mankind overcame improbable odds: the moon landing, or the easing of boiling nuclear tensions during the cold war. The catch-- achieving those feats required mustering the full force of U.S bureaucracy, and mitigating climate change surely will too. For humanity to endure in its battle against a changing climate, the world's preeminent power (and second-largest carbon emitter[2]) can and must do better. In an era of unprecedented political polarization and partisanship, climate change must become an apolitical issue in the United States, and soon.

Undoubtedly, the GOP is to blame for much of the U.S's lackluster climate change response. While a vocal minority of Republicans (such as the late Senator John McCain) have vouched for some solutions, at best, most conservatives have been sluggish to acknowledge climate change's legitimacy. At worst, some still maintain that the threat is nonexistent, or seem irreverent to its consequences -- suggesting that the free market will ultimately save the day. These sentiments among conservatives, of course, coincide with decades of passing legislation favorable to big oil, a conservative constituency riddled with skepticism and fear of big government, and fossil fuel lobbying money flowing disproportionately into GOP pockets[3].

However, what's arguably just as damnable, are the politicizing actions of those who grasp climate change's severity in its entirety. Yes, progressives should be lauded for the notion of the Green New Deal -- a resolution that adequately assesses climate change's severity and proposes comprehensive energy reform. And yes, it's encouraging to see moderate Democrats embrace some of the Green New Deal's goals and ideals. What's puzzling, however, is that although resolution sponsors Rep. Ocasio-Cortez and Senator Markey seem to have an extraordinary grasp on the gravitas of climate change, they seem to have an exceptionally poor conception of what's legislatively possible, much less palatable to voters in the United States.

Despite its present acceptance in more mainstream segments of the Democratic party, when the Green New Deal was first introduced, many of its aspects baffled even the most staunchly liberal legislators. For one thing, the resolution attempts to tackle much more than just CO2 emissions. It tethers concepts -- highly partisan in nature -- regarding the alleviation of America's economic woes to otherwise pertinent aims concerning climate change. It demands that every American be guaranteed housing, an income (even if one is "not willing" to work, according to one iteration), free childcare, paid vacations, healthcare, free higher education, and "access to nature". It goes on to exclude Nuclear Energy-- arguably the most powerful, consistent, non-carbon emitting form of energy in the world's arsenal-- from contention[4]. Its implementation would likely cost something to the tune of 90 trillion dollars[5].

When veteran democrats, like Senator Dianne Feinstein, voiced the obvious -- that a "Green New Deal" shouldn't graft partisan matters onto desperately needed climate legislation -- progressives' response was decidedly inappropriate. Instead of considering ways to reel the proposed legislation into the realm of attainability, various progressive lawmakers (including Rep. Ocasio-Cortez) led protests in attempts to shame dissenting Democratic leadership, under the false pretense that they didn't support the resolution's climate goals[6]. More recently, the Sunrise Movement, an influential progressive climate action group, called Joe Biden a serial liar[7] and gave him an "F" rating in retribution for what they perceived to be a less-than-perfect climate plan (despite it borrowing concepts directly from the Green New Deal, and in many instances referencing it by name).

To be clear, America does have economic ailments that need to be remedied, but refusing to decouple untested, costly, and partisan ideas from potential climate change solutions demonstrate that many progressives aren't concerned with broadening the Green New Deal's appeal. This is particularly concerning given growing progressive ownership of the issue, and the U.S's vast ideological spectrum, which will need to contend with and largely approve of any disruptive energy reform or economic regulation implemented at the federal level.

Even if the Green New Deal were to be implemented, and the gargantuan amount of funds procured, the political blowback from across the country would be deafening. Unions, lobbyists, and representatives from all walks of life would be up in arms. Its implementation would be hindered by legal battles, and likely questions of constitutionality. Even the Affordable Care Act, dwarfed in cost and comprehensiveness by the Green New Deal, is still plagued by questions of legality and threatened by Supreme Court battles a decade after its implementation. When it comes to climate change, the United States and the world can't afford its efforts to be hindered by long-winded legal setbacks.

But perhaps the worst aspect of progressive efforts to address climate change is the failure in messaging. The Green New Deal is, in a way, a liberal cure-all. It promotes explicitly socialist measures to remedy economic inequality, and advocates for intense government regulation of the private sector to solve climate change. It plays perfectly to the ill-founded conservative conspiracy theory that climate change exists as a means for Democrats to undermine the free market and broaden the reach of government.

The tragedy is, it would be incredibly easy to market climate legislation to conservative constituencies. The ultimate sociological consequences of climate change fall directly into Republican wheelhouses. Agricultural failure and economic hardship will be widespread. U.S Naval installations will be incapacitated by rising seas. Extreme weather events and famine will cause immigration crises. The world's great powers, previously reveling in complacency and comfort, would experience shriveling economies and resource shortages. War, of both the desperate and opportunistic variety, seems unavoidable in such a scenario. Pitching a green energy overhaul as the ultimate way to defend the U.S' sovereignty, heartland, financial system, and workforce not only makes sense from a political perspective, it's also an objective truth.

It would be prudent for Democrats (progressives in particular) to realize that fighting climate change isn't contingent on realizing lofty political aspirations. Rather it's predicated on convincing the moderate and conservative segments of the country that climate change is a pertinent and dire issue -- not a vehicle for achieving socialized medicine or guaranteed income. To accomplish that, those left of the aisle must be both willing to compromise and step out of their comfort zones --changing their tune (at least in thematic terms) when it comes to pitching solutions. Promoting climate action as a means to bolster national security, gain energy independence, or as a general economic stimulus should all be considered. After all, some of the most ambitious climate action implemented in the U.S was concealed deep within President Obama's 2009 Recovery Act, when an unprecedented 90 billion in stimulus money was earmarked for investment in green energy[8].

As it currently stands, the Green New Deal has been used by progressives to shame and lower enthusiasm for moderate's more streamlined climate responses. Republicans, on the other hand, will continue to use the resolution as a means to demonstrate how out of touch climate solutions are. Just as it's high time we muster the courage to confront the more sinister consequences of climate change, it's also time to dissociate idealism from real solutions. Having a net-zero emissions economy by 2030 could be necessary to the viability of life on the planet[9]. Having universal paid vacation, childcare, and income won't be.

Climate change is a time-sensitive issue, and the window of opportunity is closing quickly. The U.S doesn't have time for an economic revolution, or the perfect legislative bundle to finally clear congress. As a country, we must be open to delving into a variety of solutions to meet this unprecedented moment. Part of the answer likely does involve some of the Green New Deal's proposals, such as significant green infrastructure investment, and taxing the ultra-rich. However other solutions, like transitionary nuclear energy, a cap and trade tax plan, CO2 capture, and harnessing the power of corporate America to subsidize green products, cannot be excluded from play-- especially when we still have so much work left to do.

The next decade will determine whether climate change yields manageable consequences, or renders the Earth largely uninhabitable. As the world's largest economy and second-largest polluter, the United States has a unique responsibility to lead efforts in curbing greenhouse gas emissions. Removing possibly the world's most renowned climate science denier from the oval office, of course, would be a great start. However, regardless of this impending election's outcome, lawmakers of all stripes must recognize that climate change is an issue that supersedes politics. Partisan aspirations and dreamy legislative cure-alls must be ditched. A newfound focus on feasibility, palatability, and a series of targeted, effective solutions, aren't just welcomed, they're necessary.