Modern Day Slavery: Why Prison Labor Should Be Reformed 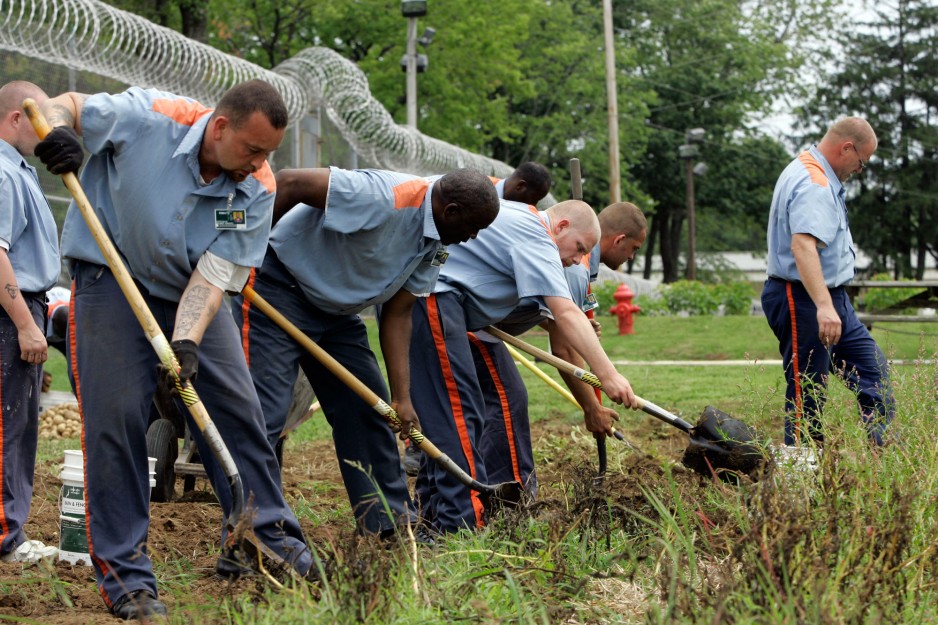 The prison labor system has been a significant yet controversial contributor to the United States economy since the post-slavery late 19th century. Prison labor refers to the jobs carried out by prison inmates during the period of their sentencing. According to the Federal Bureau of Prisons, all inmates are required to perform penal labor if they are able-bodied [1]. This labor constitutes two primary areas, in-prison duties and industrial production duties. In-prison duties include on-site jobs to maintain the facility such as food service and custodial service, while industrial production involves the prison industry: the production of goods for external sale and work release programs that entail offsite private company jobs for inmates [2]. While penal labor seems like a beneficial employment opportunity for prisoners, the system ultimately exploits inmates for cheap labor under harsh and unethical conditions.

Although unjust, the prison labor system remains constitutionally legal in the United States.  In 1865, the Thirteenth Amendment established that “neither slavery not involuntary servitude, except as a punishment for crime whereof the party shall have been duly convicted, shall exist within the United States, or any place subject to their jurisdiction” [3]. Thus, while this amendment constitutionally abolished slavery, it allowed involuntary servitude to persist in the in the form of prison labor.

Since the abolishment of slavery, mass incarceration has proved to be an escape clause to the thirteenth amendment. The use of prison labor dates as far back as the mid-nineteenth century. After the Civil War, around seven southern states began the prisoner leasing system, in which convicts were leased for free labor under harmful work conditions at railways, mines, and plantations for state profit [4]. Soon after this, states began to enact laws that would increase convict populations, for example, Mississippi’s “pig law” that allowed the theft of any animal or property valued at over $10 to be tried as grand larceny, punishable by a prison sentence up to five years [5]. These efforts to increase prison labor in the South disproportionately impacted racial minority communities, and in 1882, around one in six Black inmates died working in these unethical labor conditions [6]. Even after state convict leasing ended around the early twentieth century, mass incarceration rates continued to skyrocket in the mid to late twentieth century with Nixon’s “War on Drugs'' and the Reagan administration's “Anti-Drug Abuse Act” which established mandatory minimum sentencing laws and harsh convictions for even lower level and nonviolent drug crimes [7]. These efforts have continued to contribute to the United States’ exceptionally high prison population which today stands at over two million inmates, disproportionately targeting Black Americans [8]. The racial disparity in incarceration rates in addition to forced harsh and unethical penal labor has created conditions mimicking that of modern-day slavery.

The prison industrial complex’s partnership with multiple corporations exploits the cheap and unfair labor of prisoners for private profit. In 1979, state correctional facilities were legally allowed to partner with private industries to produce goods and services, initiating the inmate labor industry [9]. Today, prison labor continues to be a multi-billion dollar industry. Despite their labor directly providing for big-name American companies (such as Microsoft), prisoners are exempt from both federal and state minimum wage laws [10]. Many government owned corporations and private prisons exploit this cheap labor to generate mass profit. The prison industrial complex positively contributes to the economy due to the low input costs of inmate labor compared to standard labor costs that are outweighed by the goods and services produced that source a number of government-owned and private companies. One organization, UNICOR, (previously the “Federal Prison Industries Program”, founded in 1934), provides over eighty products and services including textiles and electronics to call center and warehouse staffing [11]. While UNICOR markets itself as beneficial to inmates because it provides training and work experience, it in reality exploits their labor to government-owned and private companies for economic gain. Organizations like UNICOR allow correctional facilities to have a direct relationship with private companies that essentially monetize mass incarceration and criminal punishment.

In addition to the extremely low wages earlier mentioned, prisoners have been exposed to hazardous work environments. In 2008, toxic dust from an electronic recycling service operated by UNICOR may have put hundreds of inmate workers at risk [12]. Twenty-six inmates accused the Bureau of Prisons and UNICOR of “recklessly endangering workers and prisoners” with a list of medical effects experienced by the prisoners including “skin lesions, lung and heart problems, cancer, short-term memory loss, miscarriages, and general pain” due to the contaminants [13]. In another more recent instance when the COVID-19 pandemic began to initially impact the country, prison laborers from a number of states were essential to the emergency response from producing sanitization products to sewing face masks. These inmates, however, worked in unsafe conditions such as crowded factories lacking adequate medical resources themselves [14]. As a result of these hazardous and expository work and living conditions, these inmate laborers have been put at risk of contracting the virus, and contribute to a significant portion of the over 550,000 inmates across the country who have been infected with COVID-19 over the past two years according to the COVID Prison Project database [15].

As of now, there have not been significant federal or state efforts pursued to reform prison labor conditions. With the exception of organizations such as the National Equal Justice Association’s Prisoner Justice Fund, which works toward abolishing the prison labor system through conducting campaigns as well as educational awareness efforts like the 2016 Netflix documentary feature, 13TH, there has been little progress on the issue of reformatory legislation [19]. Inmates continue to be exploited for their cheap labor in harsh work environments, perpetuating a cycle of modern-day slavery as mass incarceration continues to target Black individuals. In the future, federal and state-level laws should be introduced to grant prison laborers the same rights as employees protected by standard labor acts. The prison industrial complex should be an organization of inmate laborers who are included in federal legislation that protects their health and safety in the workplace as well as compensate them in accordance with federal and state minimum wage laws. While prisoners deserve the consensual opportunity to work during their sentence, they should be granted the same rights as standard employees, rather than exploited by economic and government institutions for capital gain.