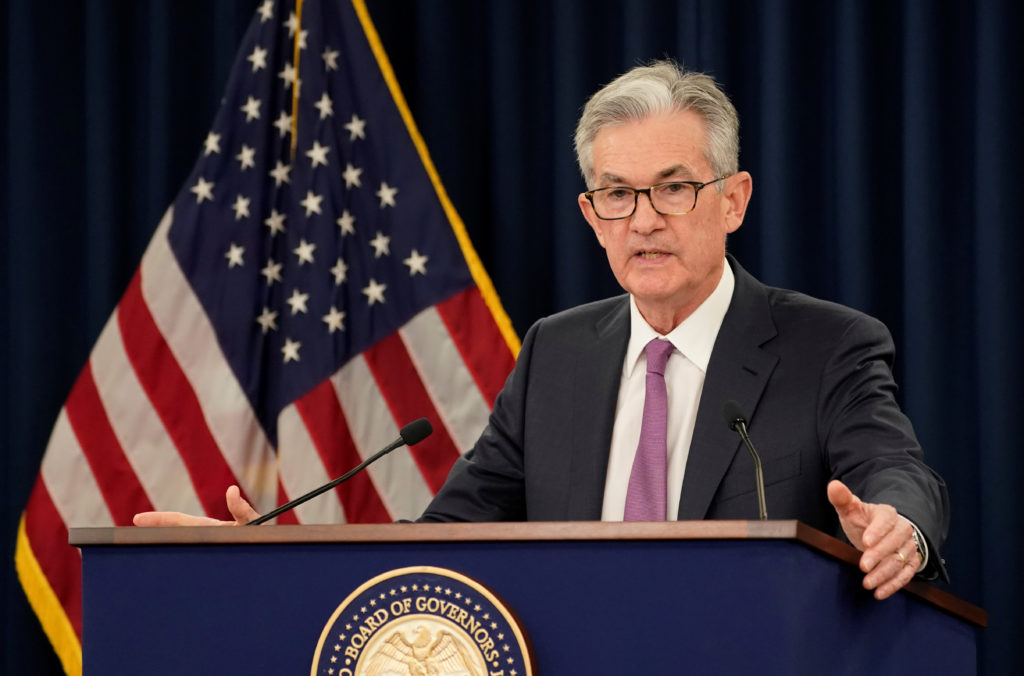 Inflation is a larger problem than the Federal Reserve would like to admit. Recent data showcase a dire economic situation: inflation is now rising at an annualized rate of roughly 5.4%, and monthly inflation data indicates it’s not slowing anytime soon [1]. Joe Biden has called this inflation “transitory”, and Fed Chair Jerome Powell echoed the President in saying that it would soon pass. However, Treasury Secretary Janet Yellen recently provided a contradictory statement and conceded that she expects inflation to continue until the “middle to end” of 2022 [2].

Inflation continues to rise and forestall a much-anticipated economic rebound. Expectations of further inflation have begun to influence wage demands, costs of production, supply-chain estimates, and product prices. Despite what the Biden administration says, low-income earners often bear the burden of such economic realities. Inflation has run far above the Fed’s previous forecasts, and labor markets are showing signs of stress: expectations of inflation now threaten to solidify trends of higher wages, which would harm the country’s overall economic performance.

The Fed could significantly reduce inflation if it was inclined to do so. It has a plethora of tools at its disposal to accomplish this-- namely raising interest rates and contracting the money supply. However, the Fed is choosing to not exercise this power due to its current stance that inflation will largely resolve itself once various post-pandemic bottlenecks are cleared. As inflation rates continue to rise, however, this belief seems increasingly short-sighted.

It should be noted that other aspects of the economy have shaped the Fed’s position on inflation. Supply chain issues and production limitations also contribute to higher inflation, perhaps more so than the Fed’s monetary policies. Similarly, labor shortages-- which are attributable to a variety of socioeconomic factors-- have sent wages rising across the nation [1]. While such factors are beyond the Fed’s control, it’s irresponsible to suggest that inflation is solely due to supply chain crises and labor shortages. The Fed has continuously underscored the importance of its monetary policies (such as keeping interest rates at zero until unemployment rates match their goals, or funding the Biden Administration’s stimulus-check system) in helping America’s post-COVID economic recovery [4]. These policies, however, inherently abet inflation.

To combat inflation, the Fed’s new strategy is to taper its asset purchases while it waits for inflation to recede to 2% [4]. With inflation sitting around 4% this past summer, and reaching 6% in October, the Fed will need to raise interest rates more quickly than predicted to match demand [5].

Inflation causes immediate price hikes in everyday goods. Prices of housing, food, and energy (which represent the three highest-cost items for low-income earners) have been soaring [5]. Recently, the U.S. Energy Information Administration stated that they expect household heating bills to jump as much as 54% compared with last winter [7]. Consumer prices, which are led by energy and food prices, have increased 5.4% overall since last year, which is the largest increase since 1991 [5]. While energy and food prices aren’t entirely dependent on the Fed’s monetary policy, housing costs are; Zillow’s rental-cost index has risen 12.8% in the past year, and the S&P CoreLogic Case-Shiller home-price index is up 19.9% [9].

These increases in housing costs can exacerbate existing economic disparities:  low-income earners tend to be renters, and thus face paying higher monthly rent as a result of inflation. High-income earners, meanwhile, tend to be homeowners and thereby can benefit from soaring home values. This disparity is especially troubling provided that the Fed’s pandemic monetary policy was initially conceived to help low-income earners.

Provided this, the Biden Administration’s recent legislative agenda seems counterintuitive. Democrats in Congress are championing the Build Back Better framework, which calls for $3.5 trillion in funding over 10 years [11]. However, the Congressional Budget Office has stated that BBB’s real cost would approach $5 trillion [12]. Within congress, negotiation efforts to cap the bill’s spending to $2 trillion or less are underway, but dialogue surrounding the inflation-related consequences of such a spending bill are sparse.

Given this unprecedented inflation, injecting trillions of dollars into the economy should not be the White House’s main priority. Within the first six months of Biden’s presidency, Democrats have already passed $4 trillion in expenditures, and the economy is still underperforming by many standards [13]. When asked whether he believed that passing another colossal spending package would exacerbate inflation, President Biden stated that more spending would “reduce inflation, reduce inflation, reduce inflation.” President Biden has repeatedly waved away inflation concerns, once arguing that “no serious economist” was suggesting that “unchecked inflation” was on the way [14]. That was five months ago, and yet historic levels of inflation persist.

There is a fair debate over the federal government’s role in facilitating economic health. However the Fed’s pandemic-era monetary policy, in conjunction with Democrats’ recent gargantuan social-spending efforts, deserve bipartisan scrutiny. Given the right circumstances, severe inflation can inflict considerable, lasting damage on any economy. It’s not a phenomenon that should be ignored, politicized, or trivialized by the Federal Reserve or the White House. Inflation should represent a multi partisan concern, and action to curb its rise should be taken quickly.