How Zoning Laws Create the Foundations of Racial Segregation in America 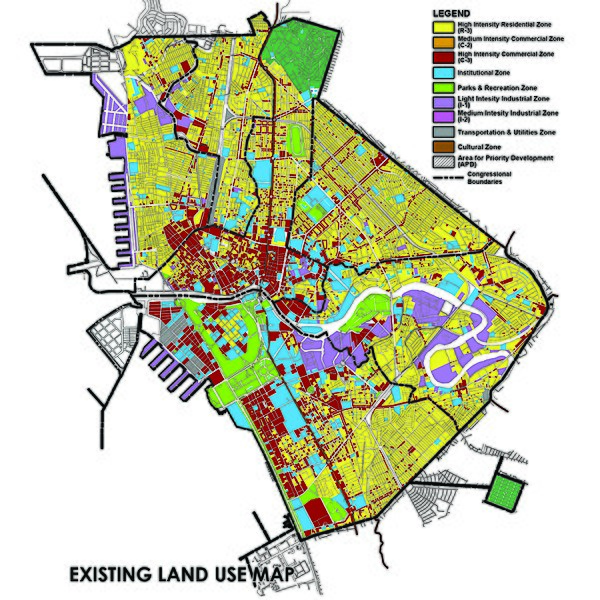 It is undeniable that in the past year, racial tensions have been surging across the country. On the surface it may seem like this development was due to a series of racially charged events consisting of police brutality, among other topics, that gained national attention and escalated along strands of ineffective and at times brutal governance. But a deeper analysis reveals a far more ingrained system of inequality than news headlines illuminate. Even more remarkable is that this concept, which has been subtly coined as zoning laws, is unfamiliar to most Americans.

Zoning laws, defined by Mass Audubon in his paper “Zoning, Regulatory Land Use Controls, & Incentives,” include provisions that prohibit the construction of buildings beyond a certain height, places caps on the annual number of building permits awarded, and mandate design requirements[1]. Introduced to America in the early 1900s, these regulations were methods of maintaining land, buildings, and encouraging the most proper use of urban space. However, these policies have had a drastic negative impact on people of minority backgrounds.

While zoning laws are meant to allow for city planning, many of these laws cause an artificial scarcity in the housing market. Specifically, zoning laws complicate the construction process by demanding that builders follow difficult procedures, many of which limit new construction and some that explicitly prohibit certain kinds of construction. Edward L. Glaeser and Bryce A. Ward, professors of Economics at Harvard University, quantify that with every new regulation, new construction falls by an incredible ten percent [2]. The result is that the houses and buildings that do end up getting constructed are far too expensive for the average citizen. Vanessa Calder, policy analyst at the Cato Institute, identifies that in urban centers such as Manhattan, San Francisco, and San Jose, these regulations pushed costs up by approximately 50 percent [3]. This choking of urban housing supply has an enormous role in fueling racial segregation.

A decline in the supply of houses built in urban neighborhoods has already become an increasingly urgent problem. A study by Harvard University explains that over 38 million American households cannot afford their housing, an increase of 146 percent within the past 16 years [4]. But this problem disproportionately affects minorities, due to the preexisting income gap between races. Gwynn Guilford, a reporter for Quartz, explains that in 2012, the average Black household made just a little more than half of what the typical White household made, a number that has not changed since the 1950s [5]. This number clearly explains why Black households are increasingly cast off into high-poverty neighborhoods. They simply cannot afford entrance into richer communities. Zoning laws exacerbate this problem when they artificially increase prices of homes, making it impossible for those who could potentially afford a home in better neighborhoods to actually live there. Statistics can clearly corroborate this analysis. Century Foundation, writes that “one-in-four black Americans and one-in-six Hispanic-Americans living in poverty reside in high-poverty neighborhoods. While only one-in-thirteen poor white Americans live in high-poverty neighborhoods [6].” The impact of this segregation is systemic inequality.

Segregation due to zoning requirements has significantly altered the quality of life that minority groups have access to. According to Michael C. Lens and Paavo Monkkonen, assistant professors of Urban Planning at UCLA, the separation of poor and rich people results in the “hoarding of resources, amenities, and disproportionate political power,” while simultaneously creating neighborhoods besieged by crime, high unemployment, health issues, and lack of intergenerational mobility among other problems [7]. Perhaps the most crucial impact of segregation is poor education in predominantly minority neighborhoods.

Education is the key to breaking out of the cycle of poverty, but due to our housing system, this is an increasingly unattainable reality for many minority students. Jonathan Rothwell, senior economist at Gallup, explains that in 2012, housing near high-performing schools cost nearly $11,000 more per year than housing near low-scoring public schools [8]. Alvin Chang, Senior Reporter at Vox, explains that the consequences are that an increasing number of schools that are high-poverty have predominantly Black or Hispanic students [9]. This directly harms the students’ quality of education. Linda Darling-Hammond, Professor of Education at Stanford University, explains that “Predominantly minority schools … are large [in population]; curriculum offerings and materials are lower in quality; and teachers are much less qualified [10].” On the other hand, when minority students were given the opportunity to attend schools in affluent and predominantly White neighborhoods there was a substantial increase in their future outcomes. A study cited by Pete Rodrigue specifies that young children were 16% more likely to attend college and enjoyed 31% higher annual earnings when attending schools in affluent neighborhoods [11]. The study clearly shows how communities are directly related to educational success. Eliminating exclusionary zoning laws and allowing more minority children access to high-quality schools is critical in ensuring that they get the equal opportunity to succeed in life. Ultimately, Rothwell concludes that “eliminating exclusionary zoning in a metro area would … lower school test-score gap by an estimated 4 to 7%,” a percentage change that is critical in solving the segregation of education today.

The solution to the aggregation of this inequality is actually fairly simple: create mixed-income housing markets. By promoting the construction of low income housing in more affluent neighborhoods, communities with access to more political power, schools, justice systems, and resources would be evenly allocating their supplies to people of all races, with the effect that all people are given an equal chance to succeed. Minority students would be able to attend better schools, get accepted to better institutions, work better jobs, take up positions of political representation, and ultimately have a true voice on behalf of their racial community. This does not mean that all zoning laws are bad, as many promote the clean and organized cities we live in today. But hidden among these more prominent regulations are ones that avidly weed out minorities from settling in higher-income neighborhoods.  These regulations must be altered, or entirely cut from legislation in order to adapt zoning laws to be free from underlying racial prejudices. Ultimately, you cannot solve racial inequality without addressing racism and racist attitudes first. However,  dismantling zoning laws that promote a pervasive system of segregation, will be a critical first step to making real progress towards a more equal and just country.