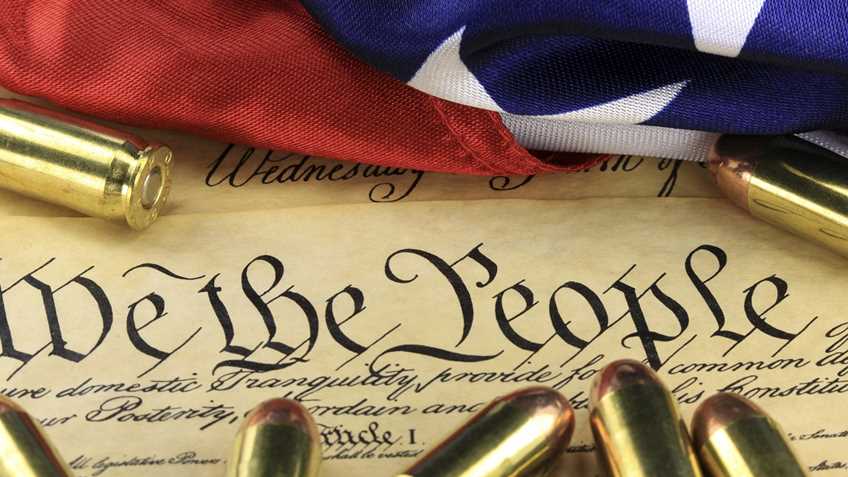 Five months into the new year, and the United States has already witnessed a total of 194 mass shootings with at least 4 dead and/or injured [1]. The recent spike in mass shootings, especially the spa shootings in Atlanta, jolted the American public, reigniting online discourse around the nation’s long-standing gun problem and shameful history of hate crimes.

Because the distribution and use of firearms has always been a big topic of contention between political groups with polarizing interests, rarely has substantial progress been made on gun control. To further compound this problem, the ill-timed appointment of Justice Amy Coney Barrett to the Supreme Court could hinder the present Court from ruling in favor of gun control laws.

Prior to her Supreme Court nomination, Justice Barrett was very well-connected. After clerking for Judge Laurence Silberman, she went on to clerk for the Supreme Court Justice Antonia Scalia [3], who was very well known for his conservatism in Court, specifically the originalist method of constitutional interpretation [22].

When interpreting the Constitution, judges who adhere to the originalist method tend to “interpret [the Constitution] in line with what it meant at the time of its drafting” [22]. In other words, originalists tend to consider what the constitutional text originally meant to its founders, and rely on other historical documents in making this analysis. This approach to constitutional interpretation is reflected in many of Justice Antonia Scalia’s rulings.

In sum, the majority opinion for District of Columbia v. Heller (2008) is very significant as it finally allowed lawful residents of the District of Columbia to own handguns in their homes; this ruling overturned D.C. laws prohibiting handguns [10], as well as an important precedent set in United States v. Miller (1939) [22] which “[interpreted] the Second Amendment [as] preserving the authority of the states to maintain militias” [10].

It comes to no surprise that Justice Barrett also identifies as an originalist. In fact, at the confirmation hearing, Judge Barrett openly expressed her admiration for Justice Scalia’s originalist method of constitutional interpretation and her desire to follow in her mentor’s footsteps: “More than his style of writing, though, it was the content of Justice Scalia’s reasoning that shaped me” [18].

This suggests that, should a gun-control case come to Court, Justice Barrett may rule in the same or at least a similar way as Justice Scalia had in District of Columbia v. Heller (2008).

According to some legal critics, Originalism is an appropriate method of constitutional interpretation as it sets a clear standard (Jesuit Review) that remains faithful to “what the people who voted for the Constitution [wanted]” [21] and thus America’s democratic spirit.

Nevertheless, Originalism is far from perfect; the method has been described by many other scholars as a flawed and outdated approach to constitutional interpretation.

First, although Justices like Scalia claim to rule in accordance with the originalist approach, it is impossible to make rulings that are a hundred-percent based on the constitution’s “perceived” original meaning [9]. In fact, Justices who self-identify as originalists often use Originalism as a pretense “to justify [the decisions that they have] reached on other grounds” [9].

For example, in District of Columbia v. Heller (2008),  Justice Scalia interprets the use of “Arms” in the Second Amendment as “any instruments that constitute bearable arms, even those that were not in existence at the time of the founding” [22]. Many scholars have noted that his interpretation of “Arms” strays quite far from the originalist perspective; as a true originalist, Justice Scalia would have had to interpret “Arms” to solely encapsulate the type of weapons that had been used during the drafting of the Second Amendment [2], such as repeating arms [19]. The interpretation of “Arms,” from a true originalist perspective, should not have been extended to 21st century weapons like handguns.

As Justice Scalia’s interpretation of the Second Amendment does not wholly follow the originalist rationale, his ruling could have been biased towards his own ideological or policy preference. This shows just how fickle the originalist approach can be.

Apart from being a flawed approach, Originalism – at its core –  also validates America’s history of segregation, racism and discrimnation towards minority groups, including women and the LGBTQ+ community.

Overall, although Justice Scalia’s “originalist” interpretation of the Second Amendment as an individual right is slightly flawed – insofar as the rationale behind it is not fully originalist – the interpretation, much like the concept of Originalism itself, strives to uphold America’s problematic past.

Michael Bellesile – author of Arming America, the Origins of National Gun Culture –  observes that, “[during the mid-19th century,] racism determined the presence and nature of American [gun] violence more than any other factor" [11]. For instance, guns were primarily used by white men to not only control the indigenous peoples who opposed land invasions, but also the enslaved peoples who were laboring on Southern plantations [12]. Much like the mid-19th century, gun violence today is also racially-motivated:

In 2019, a mass shooting in Texas saw 22 dead; the perpetrator admitted to specifically targeting Mexicans [14].

These are just a few instances out of the 56,130 in total [14] where guns – wielded by white supremacists and racists – are being used to perpetrate hate crimes, dehumanizing minorities.

This is why Originalism, specifically the originalist interpretation of the Second Amendment, is so dangerous; the perspective fails to take into account the role that conveniently-obtained weapons such as guns can play in today’s political climate where racism still runs rampant, and where minority groups have yet to exist on equal footing.

In fact, the originalist interpretation of the Second Amendment is biased towards America’s racial hierarchy. Evidently, those with more privilege – such as Caucasians – are able to carry guns more freely than minorities – specifically African Americans – who are unable to do so without fearing for their lives.

The death of Philando Castile – an African American who was killed by a police officer after stating that he was in legal ownership of a gun [20] – is just one of the many instances where minorities are being unjustly treated for invoking their right to possess firearms.

Data published in Statista further reinforces the notion that gun ownership is a white privilege: “Between 1982 and April 2021, 66 out of the 123 mass shootings in the United States were [committed] by white shooters” [15].

The originalist interpretation of the Second Amendment therefore allows people with privilege to more easily exert their power over others through gun usage, similar to how white men back in the mid-19th century were able to oppress indigenous peoples and slaves through the use of firearms [12].

By implementing the method of Originalism, America’s ugly past of racially-motivated gun violence will continue to take innocent lives and impact generations to come.

Justice Barett’s declaration of her originalist approach – which is reminiscent of Justice Scalia’s – is therefore very worrisome. Moreover, as her addition to the bench has caused a shift further to the right in the ideological balance of the Court [5], the Court may be more likely to rule in favor of anti-gun control.

As there are only 3 liberal Justices remaining on the bench [3], scholars have speculated that it may be a part of Chief Justice Roberts’ plan to stand with the conservative wing (rather than the liberals in dissent) in order to try and make the majority opinion at least a bit more moderate [8].

Overall, the future looks quite grim: with the Court having swung more to the right, there is a high possibility that there won’t be any substantial advancements made in regards to gun control at all.

In April 2021, the Supreme Court announced that it will be reviewing a New York law that severely restricts the carrying of guns outside of homes [6]. Apart from the aforementioned predictions made based on the current ideological leaning of the Court, no one can say for certain how the ruling will go.

All we can do is hope that the Court will try and consider how the Constitution – which has over the years evolved to protect the rights of all kinds of Americans – can be best applied to current times, and especially to the current political climate.

Although racism cannot be completely dismantled, the least that legal institutions can do is help limit the distribution of tools that serve as a vehicle for racially-motivated hate crimes.