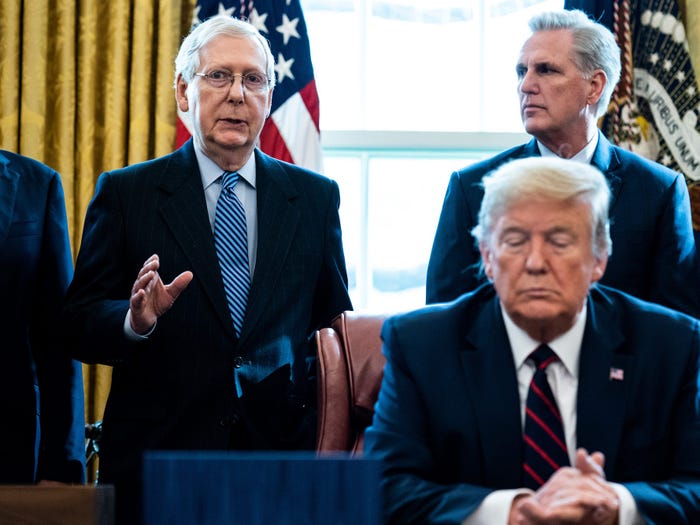 The level of debt in the United States is reaching unprecedented territory with a current estimation of $28 trillion[1]. While this number is definitely large, it is important to use relative values since inflation can significantly skew these numbers.

A standard metric that is used to convey the value of debt against inflation is the debt to gross domestic product (GDP) ratio, with GDP representing the total value of goods in the economy. The U.S. debt to GDP ratio reached its highest point in March 2020 at 135.94%. While it has decreased from this point in recent months, it has nevertheless remained above 125%.

As shown in the graph, the second highest debt to GDP ratio in U.S. history at 121% occurred as a direct result of World War 2 in 1946[2]. It should be noted that while the ratio reached this high of a mark, it quickly subsided when the war ended. The same cannot be said about the current ratio which has gradually built up over time and does not appear to significantly be going down.

Thus, we have reached unprecedented levels of sustained debt in the United States. Whether this is concerning or not will continue to be debated by economists, politicians, and pundits for decades to come. While there may not be a clear solution to the debt crisis, it is quite clear the U.S. government has spent far more than the revenue it is receiving.

This can be contrasted with the Republican party which has undergone many changes since its inception in the mid-19th century. What once was the party of anti-slavery and progressive reform shifted to a party of small government and pro-business in the early 20th century which reverted back to progressive reforms under Eisenhower until it finally developed into the party of Reagan with support for small government and fiscal conservatism.

The rise in federal debt under the Trump administration was the third biggest increase, relative to the size of the economy, of any U.S. presidential administration, grossing a total of $7.8 trillion[4]. The source of this staggering debt increase can be attributed largely to the Trump tax cuts which cost around $2.3 trillion as well as the increase in military and veteran spending by $950 billion, and the increase in domestic discretionary spending which will cost $700 billion over 10 years. While the pandemic increased the debt even more due to the necessary economic relief, pre-pandemic spending still rose by $800 billion under Trump[5]. This increase in spending coupled with his tax cuts has significantly raised the debt.

Of course, it is necessary to give more context as a single man cannot be solely responsible for the debt increase. It is important to note that for the first two years of Trump’s presidency, Republicans held both the House and the Senate and retained the Senate until the last two years of his presidency. As a result, Democrats were unable to pass any legislation on their own without requiring the approval of Republicans. Therefore, the legislation passed during Trump’s tenure is largely representative of the policy goals of the Republicans. While Trump cannot be held completely responsible for the rise in debt during his tenure, the collective Republican party can and should be held responsible.

Despite this, Republicans have maintained calls for fiscal conservatism during the Biden Administration to the detriment of the American people. It is no secret that during the pandemic, government spending increased rapidly to mitigate the effects of the economic devastation. As a result, the federal government is quickly reaching the debt ceiling which was previously set at $28.4 trillion[6]. The debt ceiling, which is the current limit of debt that the US government can hold, needs to be raised so that the government can continue paying what it owes or else it will default. Republicans, however, have refused to raise the debt ceiling out of protest against the reckless spending of President Biden and the Democrats. Fortunately, 11 Republicans joined with the Democrats to surpass the 60 votes needed to break the filibuster and were able to raise the debt ceiling until early December so that the government can continue making its scheduled payments.

However, this is just a temporary solution using a congressional loophole known as budget reconciliation which only requires a simple majority of the Senate. In order to enact a long term solution, 60 votes are required in the Senate which means that 10 Republicans would have to agree with the Democrats on the terms of a new debt ceiling.

It is nonsensical that Republicans are protesting the reckless spending of Democrats given the rise in federal debt which transpired under Trump and Republicans. Regardless of their hypocrisy, Republicans should realize that defaulting on the debt is not worth making a political statement about the spending of Democrats. It is unfair to categorize all Republicans as hypocrites who are more worried about handing the Democrats a defeat rather than worrying about the state of the economy. However, the current leaders of the Republican party, Trump, Mitch McConnell, and their closest supporters who supported Trump’s fiscal policy during his tenure and are now actively opposing Biden’s fiscal policy can certainly be classified as such.

Furthermore, this call for fiscal conservatism during a time of economic uncertainty seems to be a losing battle for Republicans. A poll was conducted by USA Today/Suffolk University with regards to the current spending of the Biden Administration and Democrats, reporting that 63% of Americans support the $1.2 trillion infrastructure bill that was just recently passed by Congress. Furthermore, 52% of Americans support Biden’s $3.5 trillion budget proposal which represents the most significant expansion of the social safety net since LBJ's Great Society[7].

In a time where the federal debt is as high as it has ever been in U.S. history, the majority of Americans seem to care more about social spending measures rather than fiscal conservatism. This should serve as a sign to Republicans about the mindset of voters with regards to the economy. The United States is moving more towards democratic socialism, with support for policies such as Medicare for All and universal free college tuition becoming increasingly popular.

If Republicans are to maintain their calls for fiscal conservatism, which run contrary to their actions during the Trump era, they need to convince the American public of the importance of a balanced budget and supply-side economics rather than engaging in political squabbles with Democrats.