Facebook’s Antitrust Case is Only The Beginning 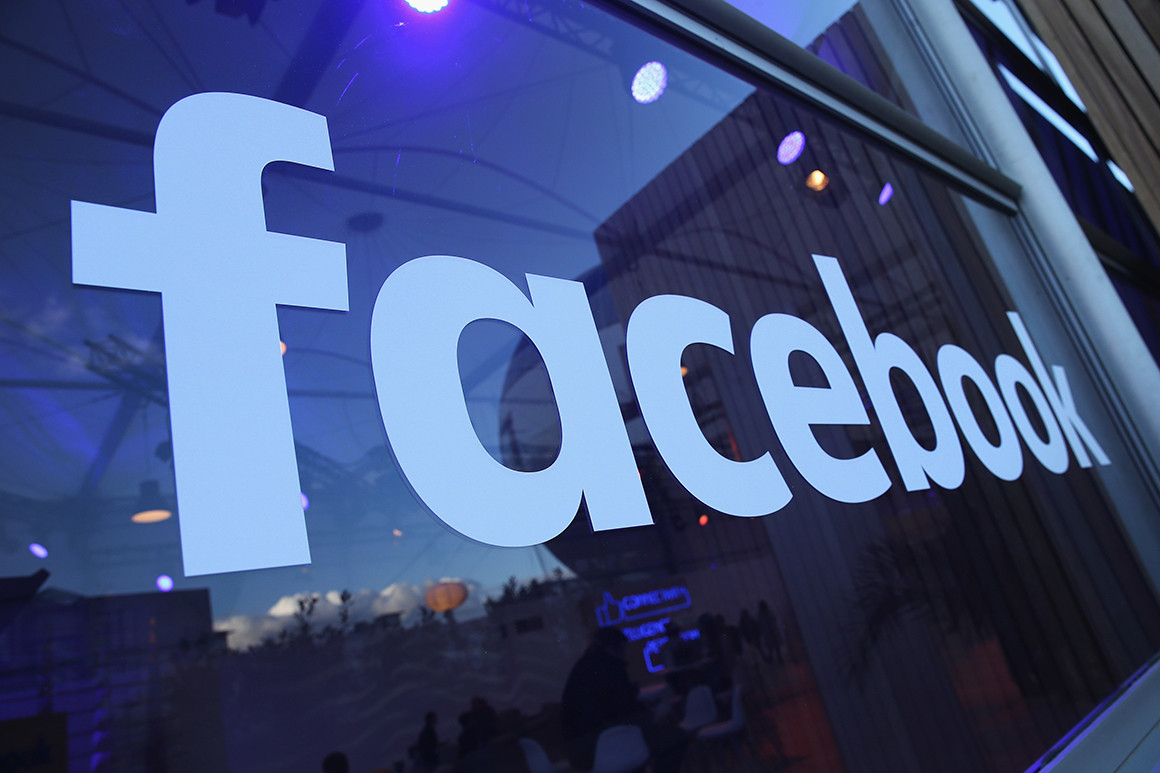 On April 10, 2018, in the most apologetic way the somewhat colorless and fairly robotic sounding mega billionaire could offer his admissions, he stared into the eyes of the members of the House Energy and Commerce Committee and stated:

“We didn't take a broad enough view of our responsibility, and that was a big mistake. And it was my mistake, and I'm sorry. I started Facebook, I run it, and I'm responsible for what happens here."

Mark Zuckerburg was forced to testify in the halls of Congress after information that Cambridge Analytica, a data firm with close ties to Donald Trump, had access to information from over 87 million Facebook users [1]. Furthermore, questions over how Facebook responded to Russian interference in the 2016 election also loomed large.

However, a serious problem that will inevitably present itself in the fascinating saga of Facebook and the United States government shined its brightest light at this hearing. The 44 lawmakers who were present had an average age of 62, and the median age of the chairs and ranking members was almost 80 [2]. Yes, the lawmakers were justified in their animus towards Facebook. They knew there was something wrong with it, and that this problem had to be fixed. But their lack of understanding of the way the app functioned and the complex technological landscape Facebook was operating in hindered any effective approach to put pressure on Zuckerburg and ultimately affect change.

The hearing was chaotic. Committee members were asking questions about a wide range of topics, using their five minutes of speaking time to grandstand and give nobel lectures about the immorality of Facebook’s practices rather than specifically targeting the issue of Cambridge Analytica. Instead of focusing on how this failure could be used to formulate policies that limit Facebook’s political influence, lawmakers completely wasted the ten hours they had with Zuckerburg.

Lindsey Graham, the Republican congressman from South Carolina, did bring up an important point in his broad and dubious questioning, one that resonated as almost a diamond in the rough. He claimed, “If I buy a Ford and it doesn’t work well and I don’t like it, I can buy a Chevy. If I’m upset with Facebook, what’s the equivalent product that I can go sign up for?”

The thundering question was finally presented. Is Facebook a monopoly?

This inquiry is now at the forefront of Congress and is turning into one of the biggest legal fights of the 21st century, one that pits the unprecedented social media giant against the power of the federal government to regulate the economy and protect consumers.

The debate of whether Facebook was too big to fail took center stage on December 9, 2020, when federal regulators sued Facebook, seeking forced divestment of Instagram and WhatsApp. 48 states also sued Facebook, accusing it of “abusing its market power in social networking to crush smaller competitors” [3].

At first glance, the prosecutors seem to have an argument that holds significant merit. They claim that the $800 billion giant has used its market share to stifle competition. Its $1 billion purchase of Instagram and $19 billion purchase of WhatsApp are two of the most prominent examples of these abuses. For example, Zuckerburg claimed Instagram would operate independently from Facebook. However, Instagram is now significantly integrated with Facebook, and the company has plans to continue this cross platform synthesis. The founders of Instagram left the company after harsh disagreements with Zuckerburg over their lack of autonomy.

Facebook, as would be expected, strongly disagrees with this line of reasoning. They present two main arguments as to why this lawsuit is unjustified. First, they claim that when Facebook purchased both Instagram in 2012 and WhatsApp in 2014, they received no objection from the Federal Trade Commission (FTC) whatsoever. This can likely be attributed to the fact that the social networking industry was in its primitive stages, and the regulators did not have the foresight to predict the growth that Facebook would experience from these acquisitions. Nevertheless, Jennifer Newstead, the vice president of Facebook and general counsel states that “The government now wants a do-over, sending a chilling warning to American business that no sale is ever final...” [4].

There are some fundamental issues with Facebook’s approach here. Although the FTC allowed these acquisitions less than a decade ago, Facebook should not be exempt from them being re-examined. If this were the case, no antitrust lawsuit could ever successfully be prosecuted, because all monopolies were, at one point, simply businesses that were growing, acquiring companies, and expanding their enterprises without government interference. If at the time the FTC allowed the acquisition of Instagram, Facebook did not appear to be monopolistic, they made a fair decision. However, when the extremely rare occasion of a monopoly forming in a massive industry occurs only a few years later in a clearly unpredictable manner, the government should have the power to re-examine its ruling. Sure, when Standard Oil acquired essentially every part of the oil business in the early 1900s, the government failed to disallow these transactions from taking place. However, antitrust law allowed these failures to be overridden and in 1911 Standard Oil was broken up into 34 companies [5]. The whole point of antitrust law is to be the last stand against government failures that allowed a business to become a monopoly, and allowing antitrust law to fall victim to previous FTC rulings is wrong.

This argument is backed up by William Kovcic, former FTC chairman. He claims that there is “nothing in U.S. merger law that says an agency’s decision not to challenge a proposed deal immunizes that deal from future review” [6]. Essentially, he is reaffirming the fact that the federal government has the authority to review these acquisitions and sue Facebook for antitrust violations despite the FTC’s previous approval of the deals.

This argument also is flawed because it assumes that Facebook's services are actually “free”. It may not cost actual money to use any of Facebook’s services, but consumers are charged in another form, through their data that they provide Facebook. According to a New York Times Article from 2018, Facebook’s “stockpiling of personal data is at the core of its $40.6 billion annual business” [8]. All of this personal data is then used by Facebook to tailor ads to its users. In essence, Facebook is not only selling advertisements, it is selling targeted advertisements. Because of its large market share, Facebook has the ability to price up the cost of ads due to a lack of competition. So, not only do users have limited, if not any alternatives to using Facebook, Instagram, or WhatsApp, but they are also getting exploited by Facebook for their data.

Given Facebook’s clear lack of merit in this lawsuit, it is going to be difficult for them to emerge on top. However, breaking up Facebook from Instagram and WhatsApp may not be the best way to actually solve the problems that Facebook presents, albeit the easiest and most practical. Breaking up Facebook could have the potential effects of “discouraging entrepreneurs” [9]. It sends the message that if you are too successful, you will be demonized and attacked. Lets remember that when Facebook bought Instagram and Whatsapp, they had 13 and 55 employees, respectively [10]. They were relatively small companies, and Facebook used its resources and expertise to grow them into the massive social networking applications they are today. Breaking them apart would not solve the issues consumers face with data gathering, political influence, and foreign interference. However, government regulation can.

Matt Rosoff of CNBC argues that the federal government could approach Facebook’s issues from a policy perspective rather than breaking it up. He cites the Communications Decency Act of 1996, which protects online platforms, including Facebook, from liability laws for what users of the platform post or share. If this act were repealed, Facebook would be subject to the content that all of its users post and would thus be financially and legally incentivized to monitor that content extremely strictly, to the point where it would operate similar to other media companies such as cable television and news publications that also sell ads. Facebook would likely have to edit content prior to it being posted rather than allowing users to freely share information, decreasing the chance of disinformation spreading across the platform [9].

A concern is that this policy would allow Facebook the ability to sensor and regulate content, which would give them the ability to control information and sway content to their political and ideological leanings. However, the FCC fairness doctrine, which was eliminated in 1987, could be reinstated and prevent this problem from occurring. This doctrine required holders of broadcast licenses to present controversial issues of public importance in a manner that was honest, equitable, and balanced. This meant that the broadcast networks had to give equal time to speak to people of opposing views, and allowed broadcast networks to maintain some level of bipartisanship. Following its removal in 1987, partisan radio stations and cable television channels were created, resulting in the partisan media we have today. However, if this law were to be reinstated, and expanded to apply to social networks such as Facebook, the platforms would be forced to ensure that it presents, regulates, and edits information in a fair way. Thus, the content on Facebook publications would be balanced.

At the end of the day, one important point remains clear: none of these issues will be solved if Facebook is simply broken up. Thus it is the duty of policymakers to know that once this lawsuit is successful, which I believe it will be, the work is not done. Facebook, and the other big tech oligopolies such as Google, Apple, and Amazon, all have aspects that harm American consumers that cannot be fixed through antitrust legislation alone. It is pertinent that within the coming years, as these companies continue to grow and invade almost every aspect of American life, our government is taking every action it can to ensure US citizens are protected from these large corporations.