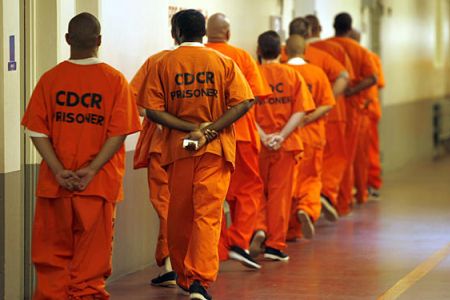 Mass incarceration has been a central issue for political parties in the United States since around the 1970s. Today, the US makes up approximately 25% of the world’s prison population[1]. This high-imprisonment rate can be traced to the war on drugs, a policymaking campaign that promotes harsh drug laws and sentencing that disproportionately impacts people of color and people of lower socioeconomic standing. Mass incarceration is a particularly threatening societal issue because it continues a cycle of poverty and oppression for the communities it affects. A charge for breaking a drug law can result in loss of voting rights, deportation, loss of child custody, loss of employment, loss of loans/aid, or loss of public housing[2]. This causes a chain effect for families of those incarcerated for drug-law violations, creating generational poverty that targets communities of color.

Many protestors and social justice organizations have taken to advocating for criminal justice reform due to the institutionalized racism in the justice and penal system. Despite social advocacy efforts and several legal justice reform bills introduced in Congress, not many federal efforts have been made to target the root factors of mass incarceration. Lower-level drug-related crime imprisonment should be abolished at the state and federal level through reforming the legal action historically pursued against drug crime offenders and enforcing rehabilitation methods, remedying the negative effects of mass incarceration on targeted populations.

The history of mass incarceration and drug-related charges dates back to President Richard Nixon’s “War on Drugs” declared in June 1971 after recognizing drugs to be a serious threat to the United States at the time[3]. The campaign was launched shortly after Nixon signed the Controlled Substances Act of 1970 which regulated marijuana, LSD, and heroin[4]. The “War on Drugs” initiative introduced mandatory sentencing for drug-related crimes as well as the creation of the Drug Enforcement Administration, a specialized police force focusing on illegal drug use[5]. In the 1980s, President Ronald Reagan continued anti-drug efforts through the “Just Say No” campaign[6]. He reinforced the need for harsh punishment of drug crimes in the legal system through the Anti-Drug Abuse Act that led to a nearly exponential increase of prison inmates, of which over 65% were Black and Latino[7]. The Anti-Drug Abuse Act of 1986 also introduced minimum sentencing laws for certain offenses which ultimately played a huge role in the racial demographic of prisoners.

Initially, mandatory minimum sentences were enforced to create automatic uniform sentences for offenders without the possibility of less harsh outcomes and remove the discretion of judges in court. However, this has led to prosecutors convicting people of color for applicable charges at disproportionately higher rates. In 2010, nearly 70% of those convicted for mandatory minimum punishments were Black and Latino, while only 27.4% were white[8]. Prosecutors were twice as likely to pursue the minimum sentence for people of color than their white counterparts charged with the same offense, contributing to the significantly increased mass incarceration targeting communities of color[9].

This disproportionate bias in drug-related charges has continued to play a huge role in mass incarceration to this day. Since the 1980s, the number of arrests for drug-possession crime has tripled and, despite being only 30% of the population, a 2013 study showed that nearly 80% of the people incarcerated in federal prisons for drug offenses are either Black or Latino[10]. The racial disparities in the criminal justice system with drug-related charges have not only led to the continued racial profiling in the legal system by police and prosecutors but also the destabilizing communities of color by law enforcement’s focus on urban areas. The targeting of these areas and the establishment of harsh sentencing laws continues to foster crime in disadvantaged and racially segregated neighborhoods, as mass incarceration causes disruption in communities by pushing them towards poverty and depriving individuals of societal opportunities, rather than protecting them.

The current state of federal action on this issue includes the First Step Act of 2018, which was signed into law to improve prison conditions by preventing inhumane practices and reforming federal prisons to focus more on rehabilitation than punishment[11]. The act also aims to reduce prison sentencing and avoid the mandatory minimum sentencing for certain offenses. Along these lines, some states such as California and Michigan have ended mandatory minimum drug sentencing laws[11] for nonviolent drug charges. Another recent move to counteract mass incarceration on drug crimes is the Federal Prison Bureau Nonviolent Offender Relief Act of 2021. This bill is currently in the first portion of the legislative process and proposes to allow older nonviolent offenders to be released from their prison sentences early[11]. Despite these and several other reform bills introduced in Congress, few other federal legal efforts have been made that focus on the causes of mass incarceration, especially in relation to drug-related charges and the communities they impact.

Expanding on the states that abolished minimum sentencing as mentioned earlier, a possible solution to the issue of mass incarceration is to federally reduce the prison sentence for lower-level crimes. Efforts made to shorten prison punishment as well as abolish sentencing laws will benefit Black and Latino communities in America who have been disproportionately incarcerated. By reducing the prison sentence or implementing other measures such as probation for prospective inmates or parole eligibility for current inmates, the federal government can significantly cut the prison population and save around $28 billion over 10 years that can be redistributed to the low-income, BIPOC, and urban communities most impacted by drug violation[11].

Another possible solution to target the root causes of mass incarceration is to replace prison sentences for those charged with drug-related crimes with rehabilitation programs. The American Public Health Association states that only 11% of inmates on drug-related charges receive treatment for substance usage and offenders are likely to commit the same drug crimes after release[11]. Often, jobs require background checks on criminal records, making it more difficult for those charged with drug-related offenses to find employment. This further encourages former convicts to commit crimes upon sentence completion, as over two-thirds of drug offenders released from state prisons were rearrested within five years of release[1]. Rehabilitation is a beneficial substitute for traditional jail time because it not only aids addiction recovery but also improves chances for those charged to find post-treatment employment. This ultimately disrupts the cycle of systemic oppression caused by mass incarceration in affected communities by providing productive opportunities to offenders instead of simply being sentenced and given a criminal record. This solution also benefits economic interests. If 40% of offenders received rehabilitation instead of incarceration, the government would save about $12.9 billion federally[12].

Looking forward, mass incarceration through low-level drug crimes should be abolished at the federal and state level. The criminal justice system has been heavily reliant on prisons as the default punishment for most crimes despite its costliness and ineffectiveness at preventing recidivism or promoting rehabilitation. Legal action towards nonviolent and lower-level drug crimes should be reevaluated to improve the conditions of the communities they affect, rather than continue to perpetuate a generational cycle of incarceration and poverty.