Do-Nothing Congress: How We Got Here and How We Fix It 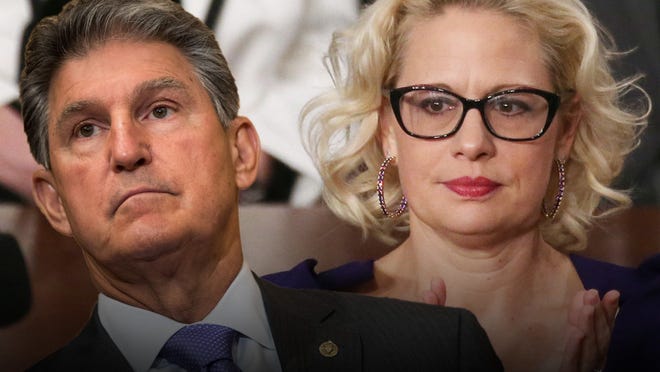 Millions of anxious Americans sat in their homes glued to their televisions on January 5th, 2021 watching the results of a special Senate election in the state of Georgia that would determine the fate of the newly elected president’s agenda. Georgia flipped blue in a presidential election for the first time since 1992 when Bill Clinton carried the state to defeat incumbent president George H.W. Bush. It became the centerpiece of national controversy as two Senate races would decide whether voters would allow President Biden to follow through on his many bold campaign promises or if the government would be at the mercy of self-proclaimed “Grim Reaper” and former Senate Majority Leader Mitch McConnell of Kentucky.

Democrats across the country breathed a collective sigh of relief as previously irrelevant counties such as Cobb, Gwinnett, and Fulton swung the tide in their party’s favor, giving them control of the Senate and thus, the ability to pass their party’s bold agenda consisting of a minimum wage increase, free college, healthcare reform, housing investments, education funding, massive investment into climate infrastructure, protection for union workers, an overhaul of the immigration system, an expansion of voting rights, and much more. Fast forward nearly a year and the “nightmarish” future echoed by Republican Senate candidates and voters alike has yet to materialize. On the contrary, Texas has successfully restricted abortion rights, dozens of states have made it harder to vote, and Congress has passed only two meaningful pieces of legislation in the form of the American Rescue Plan of 2021 back in March and the recent corporation-driven shell of a $1.2T infrastructure bill.

But the Democrats won? How did they win both houses of Congress and the presidency and still fail to deliver on most of Biden’s headline agenda items? There is one simple answer. The filibuster is an arcane rule that ensures that if any Senator would like to prevent a vote on a bill from occurring, a sixty vote threshold must be met in order to end debate and move to a vote on said bill. A united Republican party has stood in firm opposition to virtually every item on the president’s agenda. The filibuster has long been an iron-clad barrier to progress since it was first used as a tool by conservatives to block civil rights and anti-lynching legislation in the early 1900s. The sixty vote threshold means that despite a majority of the Senate supporting a specific bill, it will still fail to pass. If a simple majority of the Senate votes to end the filibuster, then the simple majority gets to pass the laws they support.

All of this begs the question, why does the filibuster still exist? The answer lies within the views and corresponding actions of two Democratic senators, Joe Manchin and Kyrsten Sinema. While the vast majority of Democrats understand the extreme importance of filibuster abolition or reform, two senators are able to drag their feet and tank an overwhelmingly supported agenda [1] nationwide. Joe Biden understands the magnitude of the influence each individual senator holds; he recently stated in a CNN town hall [2] that when “you have 50 [Senate] Democrats, every one is a president. Every single one. So, you got to work things out.”

This predicament has caused much of Biden’s agenda to shift towards the moderate ideals of Manchin and Sinema rather than the more liberal views of the president, the progressives who helped get him elected, and the American people. Many Congressional progressives wished for a large spending package covering investment in climate change and massive expansion of the social safety net that may have cost upwards of $7T [3]. What they got, along with the $1.2T traditional bipartisan infrastructure bill that recently passed, was going to be a $3.5T package. While these numbers seem large, the media and the Republicans have labeled it in this way in an attempt to sink its passage [4]. These large numbers are actually the costs spread out across the next ten fiscal years rather than spending all that money at once, a popular concern among those who are concerned with the risk of rising inflation. If something like a decade-long defense budget was proposed in 2010 and was measured in the same way, according to data from the World Bank [5], its cost would also have approached $7T. The difference is that the current bill will meaningfully improve the lives of Americans by providing them with better medical care, housing, and preventing an unprecedented climate crisis whereas the former only fuels interventionist wars in faraway lands and lines the pockets of defense contractors CEOs.

Spending $3.5T was already a compromise in the eyes of progressives. Yet according to David Smith, political writer for the Guardian [6], Manchin and Sinema’s chokehold on Congress has caused the “Build Back Better plan [to] be halved from $3.5tn to $1.75tn, axing plans for paid family leave, lower prescription drug pricing and free community college. Sanders’s dream of including dental and vision care also failed to make the cut.”

If it’s true that, according to surveys from the Navigator Research firm [1], the bill has nearly two-thirds support from Americans, including in the Senators-in-question home states of West Virginia and Arizona. Why, then, won’t they support it? For Manchin, it’s a simple political calculus. As Smith puts it, “he hails from coal-rich West Virginia, a conservative state that Donald Trump won twice in a landslide, and once ran a campaign ad in which he shot a rifle at a legislative bill. He owns about $1 million in shares in his son’s coal brokerage company and has raised campaign funds from oil and gas interests” [6]. As for Kyrsten Sinema, his female counterpart, Hailey Fuchs of POLITICO explains that “she hit that $1.1 million [campaign donation] haul with a big assist from the pharmaceutical [industry]” [7] while the parts of the bill she has most vehemently opposed are that aimed at reducing drug prices. It is very clear that these Senators are not acting in the best interest of our country and rather that of their donors and their self-interest. Emblematic of this dynamic was the demonstration of two kayakers, Angi Kerns and Loretta Young, who traveled to protest Senator Manchin’s sinking of many provisions that would have meaningfully helped the working class while he stood on the deck of his yacht [8].

While the problems with the current Congress are complex and systemic, there are reforms and solutions that can fix the current issues. Corporations’ influence over elected officials needs to be seriously curtailed in the form of restrictions on lobbying and campaign donations. Additionally, members of Congress should be barred from trading individual stocks as they can clearly influence policy and cause insider trading. Manchin and Sinema should be challenged in primary elections by Democrats who will work to get positive things done for their constituents and for the American people. But above all, the racist, arcane Senate rule that is the filibuster should be abolished so the minority cannot stand as a roadblock to the will of the majority. The clock is ticking to combat climate change and prevent the expansion of rapidly growing wealth inequality and our government must be responsive to these demands rather than shy away from them.