As the Conflict With Russia Drags On, What Options Does Ukraine Have? 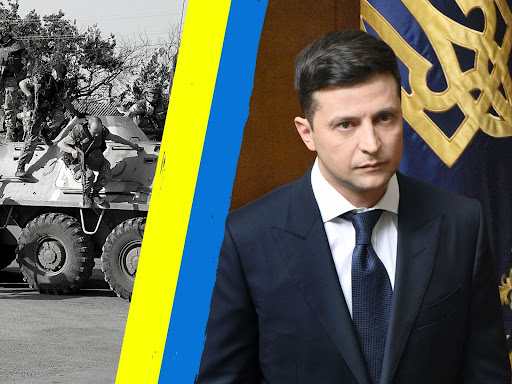 The buildup of Russian troops along the Russian-Ukrainian border became one of the first international incidents the new Biden administration has had to contend with this year. When discussing the conflict, much attention is paid to Russian President Vladimir Putin’s thinking and strategic decisions–and less is paid to Ukraine, a nation whose sovereignty and very existence is threatened by the continued conflict. What decisions and strategic alliances Ukraine makes is hampered by their position and relative status–but this does not mean they have no agency. Indeed, there are some things Ukraine can do to best ensure their survival.

How We Got Here

In 2014, following the ousting of Russia-friendly President Viktor Yanukovych by public protests, Russian President Vladimir Putin ordered a surreptitious invasion of Crimea. The Crimean Peninsula was of strategic value to Russia: once annexed, it connected the Russian mainland to the Black Sea and various trade routes [1]. But Russia’s invasion was also a political high point for Putin, whose approval rating rose as high as 80% following the annexation [2].

Later that same year, Russian troops began arming and assisting Ukrainian separatists in the Eastern Ukrainian region of Donbas [3]. Despite attempts at a cease fire, low level fighting between Ukrainian troops, armed militia groups, and rebels has continued since 2014 [4]. The conflict in Donbas is an issue that periodically appears in American media: when a Russian anti aircraft missile shot down a civilian passenger plane over Ukraine or when then-President Donald Trump conditioned American money and military support for Ukraine on a politically motivated investigation of the Biden family [5]. But the fighting in Donbas is more than just a plot point on the road to Trump’s first impeachment; by threatening Ukraines’ territorial integrity, it also imperils Ukraine’s status as an independent nation.

Exactly why Russia and Putin have continued to interfere in Ukraine is a matter of much debate. From the Ukrainian viewpoint, the more pertinent question would be what Ukraine and its leadership can do to protect itself from Russia aggression.

This dilemma is now squarely on the shoulders of current Ukrainian President Volodymyr Zelenskyy, who was gaining experience by playing a president on Ukrainian television before he got the real gig [6]. Zelenskyy has used his public relations and television savvy to tiptoe around the land mines of international politics, holding his own in meetings with Putin and writing New York Times op-eds [7].

Zelensky has made his boldest moves in 2021: in an effort to stamp out Russian disinformation and propaganda, Zelensky shut down access to three pro-Russian television stations and brought charges of corruption and treason on politicians considered to be Russia-friendly [8].

Putin, perhaps in reaction to Zelensky’s crackdown or, as some have speculated, as a test for newly-elected President Joe Biden, then began amassing a significant increase in Russian troops on the Ukrainian border [9]. Once again, the conflict in Easter Ukraine drew headlines.

You’re Not Invited to the NATO Party.

It is international relations 101 that relatively weak countries need the support of relatively strong countries. The ideal alliance for Ukraine would be the North Atlantic Treaty Organization–NATO, which has among its members the United States, France, and Germany. Among its benefits are economic cooperation, deepened diplomatic ties and most importantly mutual defense; an attack against one NATO member is considered an attack against all NATO members [10]. For Ukraine, NATO membership would be the ultimate guarantee against Russian aggression. In April, following the most Russian troop buildup, Zelensky stated “NATO is the only way to end the war in Donbass” [11].

But this is not going to happen anytime soon. For one, NATO rules stipulate that potential member states must follow certain military and governmental standards that Ukraine has, despite improvement since 2014, not yet fulfilled [12]. But not meeting certain standards of military protocol is not the real hold up. NATO members fear that granting Ukraine membership would provoke Russia to take even more drastic steps.

In the absence of membership and direction action, NATO has expressed their “unwavering support” for Ukraine [13]. But unless something drastic changes, NATO’s stance is clear: they may release strongly worded statements and Ukraine may hold meetings with NATO heads of state but membership is a long way away.

So barring NATO membership, what can Ukraine do to best protect itself? If Russia continues to aid separatists in the country or if Russia outright invades, what alliances and international partnership could it call on for help?

First, Ukraine must assert more pressure to compel the U.S. and Western Europe to place harsher sanctions on Russia. While these nations have previously sanctioned various Russian businessmen in Putin’s circle, they have yet to target Russia’s most prized international business venture: Nord Stream 2, a pipeline that would bring gas from Russia into Germany via the Baltic Sea. Plans to sanction the company that runs the pipeline were proposed by the Biden administration before being shelved, much to the chagrin of U.S. lawmakers [14]. Zelenskyy should use his excellent public relations skill to prompt his European and American allies to impose or at least heavily threaten key economic interests such as Nord Stream 2. Harsh sanctions should dissuade Putin from escalating the intrusions in Ukraine, but these threats only work when communicated clearly and without reservation.

Second, if NATO is serious about the peace and defense of Ukraine, as they purport to be, they should show it by increasing cross-border cooperation. Ukraine may not be allowed membership, but they should be granted Membership Action Plan status, a precursor to full membership. This would send a clear signal to Moscow that NATO is invested in Ukraine’s sovereignty and peace in Europe generally. This is something Ukraine has been urging for years [16]. From a strategic standpoint, NATO lags behind when they react and make decisions in response to Russian aggression rather than proactively working with Ukraine to bolster their own defense and security.

Lastly, Ukraine should reach out to its closest neighbors to build solidarity throughout Eastern Europe. Ukraine is not the only country worried about potential Russian aggression; recent military activity in Russia and in Belarus have put Poland and Lithuania on high alert [16]. By building closer diplomatic ties to its neighbors (some of whom are NATO members) and collectively countering Russia aggression, Ukraine can more effectively impede Russia and deter further escalation.

None of these actions would be a complete solution. In a worst case scenario where Russia outright invades, there is no guarantee that Ukraine could defend itself or that it could depend on its allies for support. But all avenues should be taken in order to best ensure Ukraine's continued existence as a sovereign and secure nation, hopefully one which will continue to democratize and become a full, independent member of the international community.