An Autopsy of America’s Longest War 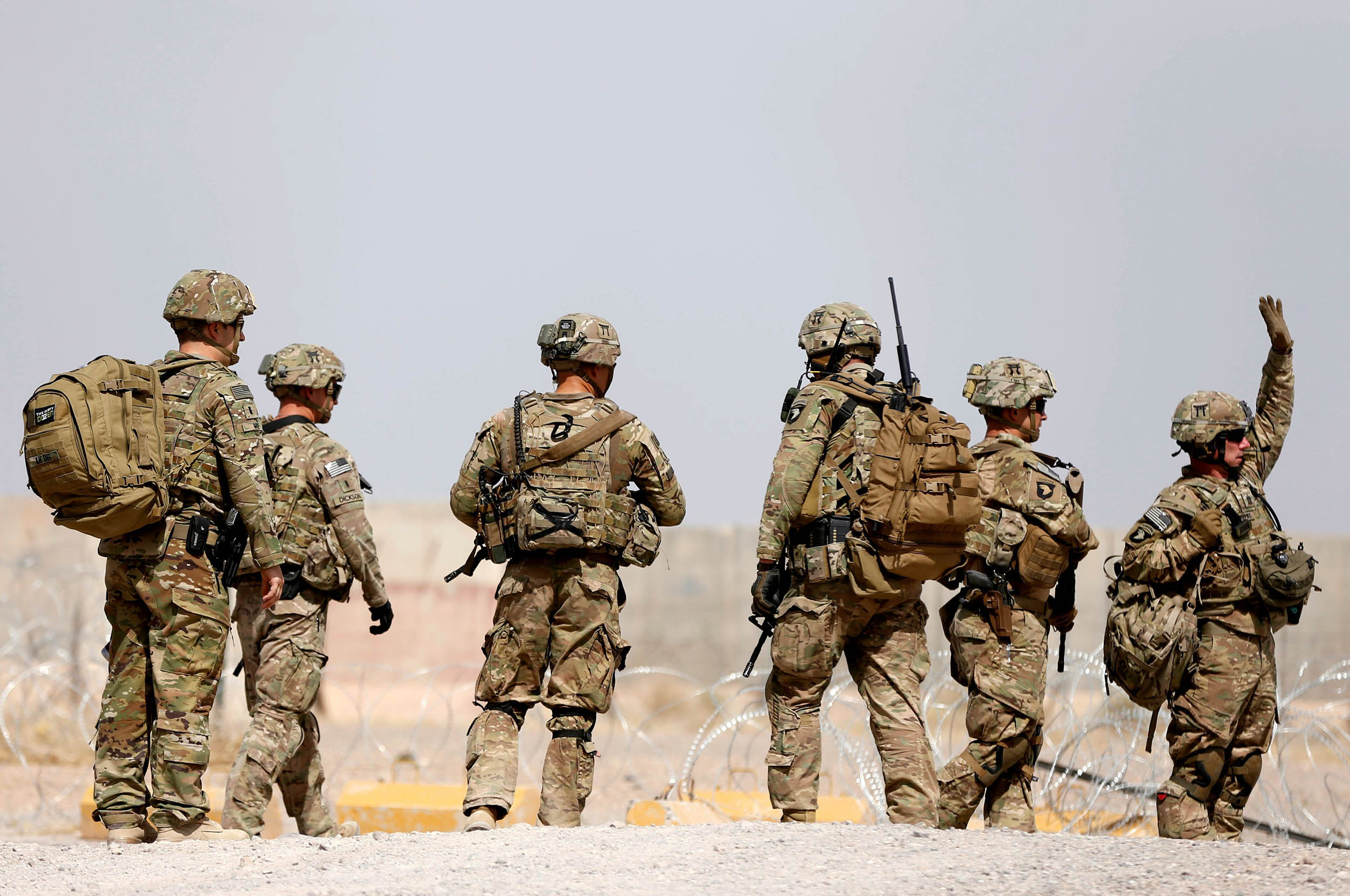 On August 30, 2021, the last U.S. plane fled Kabul International Airport in Afghanistan after twenty years of war in the country. They left amidst chaos: in the days preceding that last flight from Kabul, a man fell to his death after clinging to a U.S. military aircraft with the hopes of escaping the collapsing country, and a suicide bombing by the Islamic State in Khorasan killed thirteen U.S. service members while they defended the perimeter of the airport, the first U.S. service members killed in action in Afghanistan since February 2020. An unknown number of American citizens — estimated to be at least 200 [1] — and permanent legal residents with green cards remained in the country as the Taliban’s flag flew over the capital.

To what extent should this messy conclusion characterize the longest war in U.S. history? 7,057 U.S. service members’ lives [2], $2.3 trillion of taxpayers’ money and four administrations later, how should this war be evaluated in history? While Al-Qaeda has been effectively destroyed, terrorist threats from Afghanistan linger, and while a democratic Afghan government was established, it has fallen to the Taliban. Therefore, the war cannot be considered a success nor a complete failure, but effectively a stalemate that, most importantly, taught U.S. policymakers the importance of setting clear, attainable goals and the difficulties in building a sustainable, democratic government in a foreign country.

Without a timeline or a realistic goal, the military operation was doomed from the beginning. After the attacks on September 11, 2001, President Bush addressed a joint session of Congress and declared a “war on terror” [3] that “begins with Al-Qaeda” but “does not end there.” He issued a warning to “every nation, in every region” that if they do not support the U.S., they will be considered allies of the terrorists. President Bush promised to “pursue nations that provide aid or safe haven to terrorism,” expanding the scope of the war. While he focused on eliminating Al-Qaeda, he acknowledged the war will not end with a “decisive liberation of territory and a swift conclusion” and warned that the U.S. was prepared to “drive [the terrorists] from place to place, until there is no refuge or no rest,” foreshadowing the seemingly never-ending nature of the war. From the onset, the U.S. acknowledged that the ambiguity of the target could prolong the war.

Terrorism organizations are hard to detect and define, making the goal to eliminate global terroism unachievable. Terrorist groups need few resources [4] because they use a small amount of resources to create the largest amount of chaos and destruction possible. The chaos and destruction creates fear which is used by the terrorist organization to influence more resourced and powerful entities, like the U.S. They are impossible to fully contain because organizations are constantly forming across the world, with more than 2,700 different groups [5] conducting attacks since 1970. Terrorist organizations continue to form and operate today. The Islamic State in Khorasan continues to terrorize Kabul [6] and the rest of Afghanistan, and the Taliban — the very group that harbored al Qaeda — controls Afghanistan. The U.S. had fallen short of its original goal of eliminating terrorist organizations and pursuing their allies. By setting a broad goal with ambiguous targets, the U.S. was bound to fail.

The mission, however, is not completely unfortunate. The initial offensive of American and North American Treaty Organization (NATO) troops and Afghan allies put the Taliban on defense and sent al Qaeda into hiding. The coalition continued pursuing the Taliban until they fell from power and an interim government was installed by the United Nations. After a period of reconstruction — including $38 billion [2] of aid from the U.S. — Afghans democratically elected a leader for the first time in their history. NATO member states hoped to draw down forces by 2008 as the Afghan government formed and a constitution was ratified. School attendance across Afghanistan reached record highs, especially that of female students [7], marking a new post-Taliban era of development and democratization. The military operations disbanded Al-Qaeda and allowed for a democratically-elected government and more opportunities for women throughout the country. However, the initial successes caused a shift in the already vague goal of the operation.

At the beginning of the Obama administration, Pentagon officials acknowledged the need for a more precise goal but still continued to support the weak Afghan government. They began increasing their focus on eliminating terrorist safe havens, deploying an additional thirty thousand [2] troops to join the sixty-eight thousands troops already in Afghanistan. However, instead of contributing to an attainable, short-term goal, this increase represented an affirmation of the commitment to make the Afghan government self-sufficient because most of the new troops worked to train Afghan security forces. It also showed that the U.S. would have to continue supporting the Afghan government with soldiers on the ground. With the illusion of a narrower goal, President Obama pledged to draw down the number of troops by July 2011, the first timeline set in the war. However, the date was largely arbitrary and did not reflect the conditions in Afghanistan or coincide with a specific goal. Although the Obama administration acknowledged the need to eventually leave Afghanistan, they seemed trapped as the new political system and military are still dependent on American support.

By the ten year mark in the conflict, the U.S. had suffered 1,800 casualties and spent a total of $444 billion [2]. It was now more entangled in Afghan affairs than at any point in the war, and there was still no clear goal or exit strategy.

Eventually, the persistent Taliban insurgency paired with the fragile Afghan government drove the U.S. to abandon one of its original goals and enter negotiations with the Taliban. A close presidential election led to thousands of Afghans flooding the streets to protest the results. A power sharing agreement was reached but certain executive powers were still debated, hampering the Afghan response to Taliban gains. Having realised that the full defeat of the Taliban is unlikely given the weak Afghan government in power, negotiations with the Taliban, once regarded as hostile and terrorist-friendly, seemed like the best pathway to peace. President Obama announced that only 9,800 troops would remain in Afghanistan after 2014 to pursue the “remnants of al Qaeda,” [2] a move the Taliban viewed favorably. Although peace talks with the Taliban never materialized under President Obama, the same strategy was employed by his successor.

Motivated by the war-weary American populace, the Trump administration continued to seek a deal with the Taliban, marking another shift in the goal of the mission in Afghanistan. Talks were turbulent as the U.S. increased its troop presence amid a growing threat from the Islamic State, echoing the original goal of the mission to eliminate terrorist threats. The rise of the Islamic State also proved the ineptness of the Afghan government and unwillingness or inability of the Taliban in eliminating terrorist groups, making Afghanistan’s future appear grim. Throughout negotiations, which did not include representatives from the Afghan government, the U.S. seeked a pledge from the Taliban to denounce and combat all terrorist organizations within Afghanistan in exchange for a reduction in the American troop presence. In February 2020, the U.S. and the Taliban reached a deal [8] that did not include a ceasefire but that did include a pledge from the U.S. to eventually withdraw all troops. The terms of the agreement echoed the original goal of the war outlined by President Bush but with a very different approach. While it seeked to ensure that Afghan soil is never again used to organize or launch terror attacks, it relied on the Taliban for enforcement, which is a major departure from policy at the beginning of the war that sought to destroy the Taliban for being allies with Al-Qaeda. The Biden administration followed the new goal of complete withdrawal and pledged to have all troops out of Afghanistan by September 11, 2021.

An arbitrary deadline for withdrawal, however, bolstered the Taliban and discouraged Afghan forces. The withdrawal was marked by an overestimation of the Afghan government’s capacity and an underestimation of the Taliban’s capabilities. The Taliban captured many cities throughout the summer. In some instances, Afghan security forces surrendered without a fight [9]. Throughout the swift campaign, U. S. officials maintained that the Taliban would not seize total control [10] of the country in the months to come. The Taliban turned the months-long U.S. withdrawal into an emergency evacuation. On August 30, 2021, the U.S. left the country the same way it entered it, under full Taliban control.

During the war in Afghanistan, the U.S. rarely had a specific goal and changed the goal of the mission from eliminating terrorist groups and their allies to building and supporting a new Afghan government to complete withdrawal no matter the consequences. The American effort decreased terrorist threats to the homeland during the war, but with the Taliban in power, the future of terrorism in Afghanistan is unknown. The new Afghan government allowed the Afghan people to vote for the first time and receive a better education, but it proved unsustainable and no longer exists. Regarding the last goal of the war, the U.S. is now completely withdrawn, allowing the Pentagon to focus on threats from China and Russia, but the fate of our allies and the Afghan people are at the mercy of the Taliban. The ambiguous target of the war in Afghanistan was largely missed.

Policymakers must learn from the many lessons the war taught the U.S. From the beginning, the goal of the mission was too broad for the operation to be successful. Eliminating all terrorist groups and endlessly pursuing their allies was never achievable nor sustainable. Establishing the first democratic government in a mulit-ethnic country with borders drawn by European imperialists is risky and costly. And a complete withdrawal from a country after twenty years of civil war because of an arbitrary deadline only motivates opposition forces and discourages allies. Moving on from this era in U.S. foreign policy, Americans must remember that missions without clear goals seldom end in success and creating new governments in foreign countries is a strategy best left in the past.