A Roadmap for *Affordably* Housing All Californians 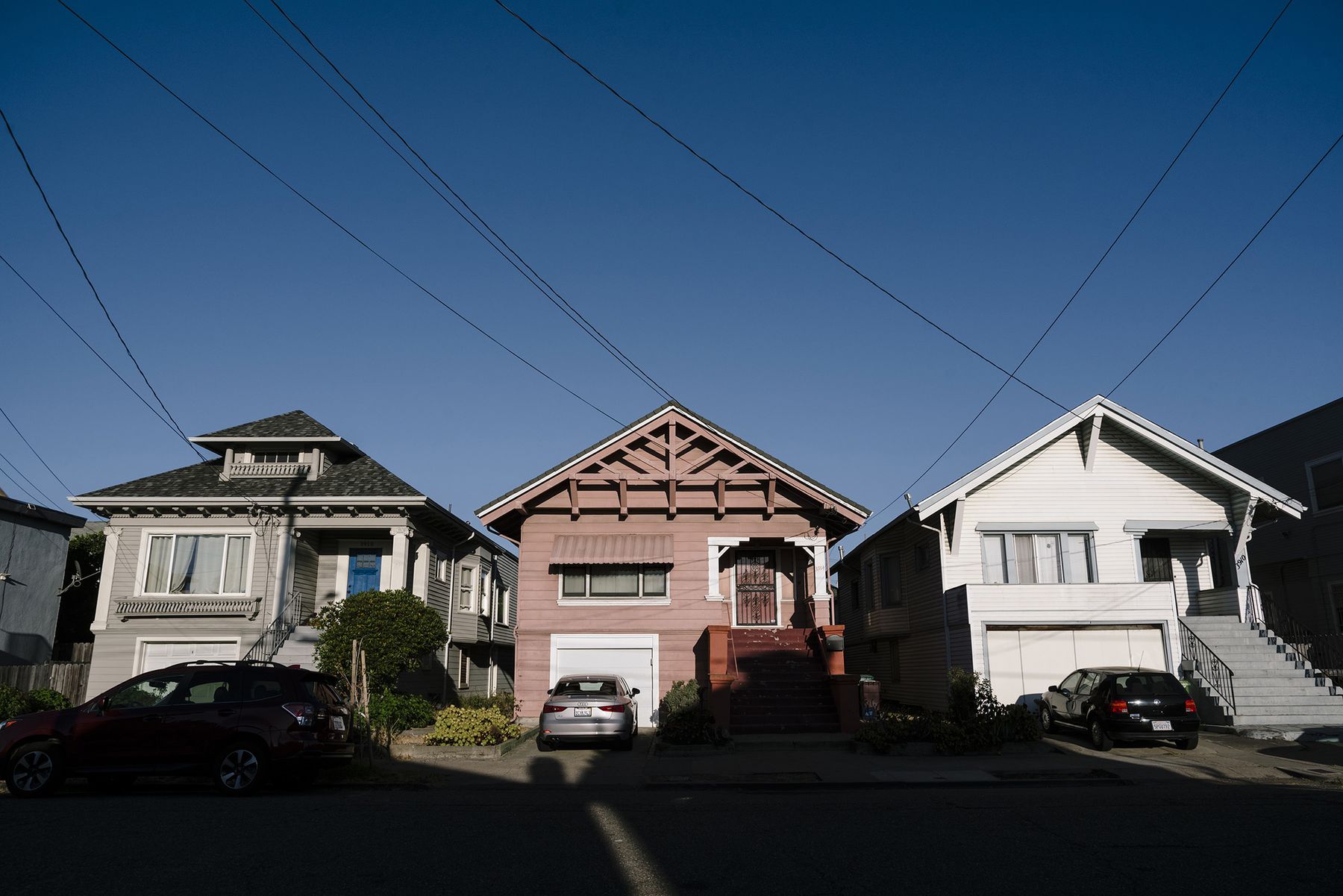 California is unaffordable for working families. As of May 2021, the average California home sells for over $800,000. Assuming that a buyer puts down a 20% down payment, they will need to make roughly $150,000 to afford the principal, mortgage, and interest on the average home [1]. But not many Californians make $150,000 per year, as this falls in the 76th percentile for median household income and the 91st percentile for median individual income [2]. California is the only state in which the average household spends more than 40% of its gross income on housing costs. California ranks 49th in the nation in per capita housing supply, meaning that many Californians, disproportionately poor and Latino, are living in overcrowded conditions [4]. Working families simply can’t afford to live in California anymore, instead fleeing for housing-abundant areas in the Sun Belt. In fact, California recently lost a seat in the United States House of Representatives for the first time in history. Without serious intervention, it’s clear that the days of the “California Dream” are all but over.

Since 1960, annual housing production in California has halved, while the state has become a more desirable place to live. Living in California provides innumerable benefits, from access to the best public universities in the world, to stunning NorCal Redwoods, to sandy SoCal beaches. As such, demand for housing in California has risen faster than the rest of the United States. To put it simply, low supply and high demand have led to the exorbitant housing prices that are visible today. When Gavin Newsom was running for governor in 2018, he promised to build 3.5 million housing units during his first term [5]. Less than 300,000 permits have been issued during Mr. Newsom’s governorship; he has less than one year left in his term. Luckily, there are a series of actions that can and must be taken to ameliorate our housing crisis.

First, California must seek to repeal exclusionary zoning laws. We have already made progress on this front: SB9, signed into law in October 2021, eliminated single-family zoning, allowing the construction of duplexes on all lots in California. This was an important, but small, step: it is estimated that developments permitted under this bill would only be feasible on roughly 400,000 of California’s nearly 6,000,000 lots that are currently zoned exclusively for single-family homes [6]. To reach Mr. Newsom’s goal of 3.5 million housing units, far more ambitious legislation is required.

One such piece of legislation is SB827, which was introduced by Senator Scott Wiener (D-San Francisco) in 2018 [7]. Though the bill ultimately failed, it’s introduction turned the tide of housing politics in the Golden State, putting those who oppose new development in their communities on the defensive. The bill would have “upzoned,” or allowed denser construction, in communities that were defined as “transit rich.” It would have required localities to permit residential buildings between 45 and 55 feet (four to five stories) in areas within half a mile of major transit stops. The bill would have impacted roughly 50 percent of residential lots in Los Angeles and 96 percent of lots in San Francisco. Legalizing the construction of mid-rise apartment buildings (often referred to as the “missing middle”) will make a marked difference in California’s housing supply. 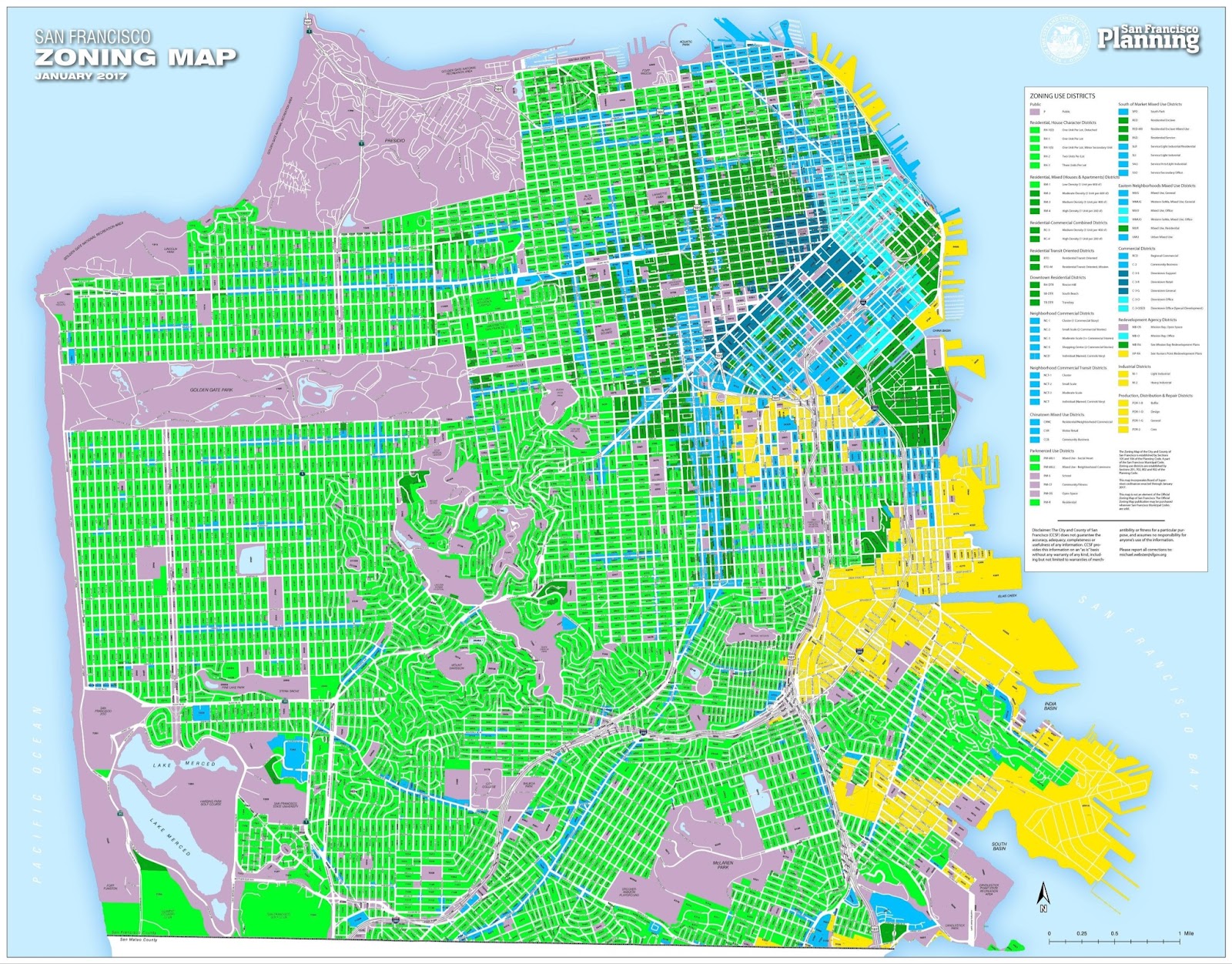 Currently, green areas on this San Francisco zoning map only allow for the construction of duplexes. SB827 would have drastically changed this map, as 96% of the city is defined as “transit rich.” [8]

SB827’s provisions are largely beneficial, but the bill fails to address differences in transit access throughout the state. Should the bill pass, many wealthy, and car-dependent, communities will be reluctant to support transit improvements, as these improvements will always be accompanied by upzoning, which most localities oppose. The state ought to invest in transit infrastructure in all areas — poor and wealthy — ensuring that upzonings are applied equally to all communities.

Building dense housing in transit-rich areas is not only good for affordability — it’s also great for the environment. Consider the Bay Area — residents of the South of Market District (SOMA) in San Francisco emit over four times less carbon than those who live in suburban Marin County [9]. Why? Residents of SOMA have access to world-class public transportation; many services, such as grocery stores, are also within walking distance of residential areas. Getting people out of cars and into other modes of transportation is the single biggest thing that we can do to solve the climate crisis. If California is truly committed to tackling climate change, legalizing dense housing is imperative. 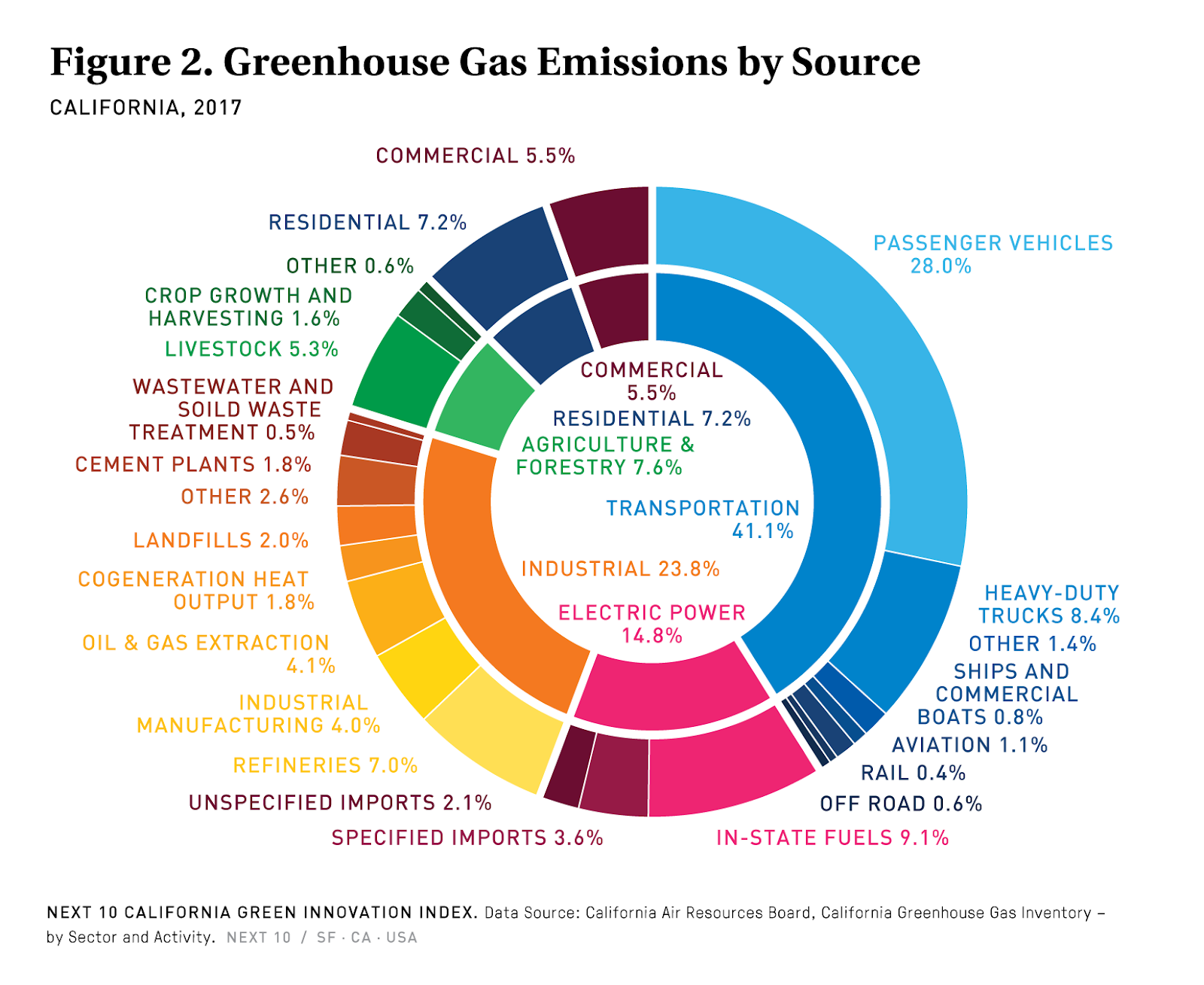 Simply increasing the supply of housing will likely be enough to house middle and upper-class residents, but more must be done to support low-income Californians. Current tenants must not be faced with daunting rent increases when new development arises in their neighborhood. Statewide rent control must be instituted, exempting buildings constructed within the past fifteen years. Rent control is effective at reducing displacement, but can be problematic when the supply of housing is constrained, as it reduces the supply of homes available to new tenants. By tying strong rent control protections to increasing the housing supply, both current and future tenants will be able to live affordably in California.

Additionally, broad upzonings allow developers to reap large profits. Inclusionary zoning, which forces developers to set aside a share of units for those with low and moderate incomes, is a useful tool in housing those who cannot afford the market rate. Consider a developer that is constructing a 50 unit building on a desirable plot of land in Los Angeles. The developer pays $10,000,000 for the land; the cost of construction of each unit is $500,000. The total cost to the developer is $35,000,000. If the developer sells each unit for the market rate of $1,000,000, they will make $15,000,000 in profit. The city may require the developer to set aside ten units (20% of the total) for households making less than 80% of the area median income (AMI); the developer will only recoup $250,000 from these units. In the end, ten low-income households are housed, while the developer walks away with $7,500,000 in profit — enough to make the development worth their time. Though developers reaping profits is suboptimal, it facilitates the construction of new housing, driving costs down for everyone.

Social housing, in which the state serves as the developer, eliminates the profiteering that occurs in traditional real estate development. Consider the above example: if profit was no consideration, the number of “affordable,” below market rate, units would double from ten to twenty. We ought to move away from the idea that publicly owned housing consists of crime-ridden slums — and towards the idea that the state serving as the developer promotes affordable, diverse, communities. California must establish a public — not for-profit — agency tasked with building infill housing throughout the state for high, medium, and low income earners alike.

Cumbersome appeals processes are another factor increasing the cost and feasibility of development in California. Discretionary review — in which local bodies have the power to deny individual permits based on a multitude of factors — empowers wealthy, disproportionately white, homeowners who have the time and resources to file lawsuits, attend community meetings, and donate to elected officials. If a project falls within the zoning code, it should be ministerially, or automatically, approved. If it does not, it should be denied. The same rules must apply to the entire state, from Marin County, to Compton, and everything in between.

More notable is the California Environmental Quality Act (CEQA), signed into law by Governor Ronald Reagan in 1970. The law requires all developments to provide an Environmental Impact Report (EIRs), listing potential environmental harms of a proposed project. This sounds good in theory, but EIRs are costly to produce. An EIR for a small development in San Francisco can span over 1,000 pages in length and cost nearly $1,000,000 [11]. Any citizen can appeal a project under CEQA, often on flimsy grounds. In October 2021, the San Francisco Board of Supervisors voted to accept a CEQA appeal, preventing the construction of 500 new housing units, of which 24% would be subsidized below market rate rentals. On Twitter, Supervisor Rafael Mandelman defended his vote against the project, arguing that the building “fell far short of the affordability percentages” that he preferred [12]. Though the Supervisor’s concern may be valid, it has nothing to do with environmental harms, which CEQA seeks to address. Strengthening enforcement of the Housing Accountability Act — which ensures that CEQA appeals are used as intended — would go a long way in increasing the feasibility of development in California. CEQA appeals should also be heard by impartial judges, not politicians with a vested interest in the outcome of each project. It is imperative that the development process be as streamlined as possible: reducing the cost of new construction will reduce the cost of housing for all.

Many Californians argue that preserving neighborhood character must be prioritized above all else. I disagree with this viewpoint. Seeking to preserve the status quo has dug us deeper and deeper into the crisis we are in today. Rent burdened residents are fleeing the state, while our communities remain extremely segregated. The status quo is not more important than creating an equitable housing market that prevents displacement and gentrification.

California ought to legalize and reduce the barriers to constructing multifamily housing, while ensuring that developers allocate a feasible percentage of new units to low and middle-income residents. Ultimately, we must ensure that our housing market works for all Californians.